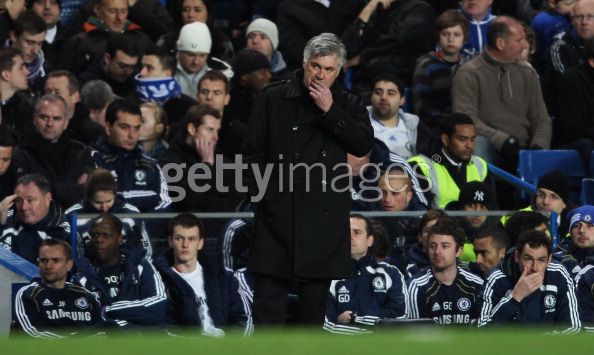 Man of the match? I think not. We'll be skipping the usual post-match poll on the grounds that, today, everybody was pretty much shit - sans David Luiz. That kid looks the business, eh?

This has been about as disappointing a day as I can remember. Not that it wasn't entirely unforeseen. Isn't this just like Chelsea Football Club? You have to love it.

Ah well, enough talk of consecutive league crowns. Time to focus on qualifying for the Champions League next season. And maybe winning the damn thing this term? If only.

Who's to blame for this debacle? The players, for failing to show any kind of class - and lacking any kind of urgency? Carlo, for being completely out-thought and undone by a manager who has been out of the game for more than a decade? I opt for all of the above. Just pathetic.