Poll: Joe Cole in for an icy reception at the Bridge?

Share All sharing options for: Poll: Joe Cole in for an icy reception at the Bridge? 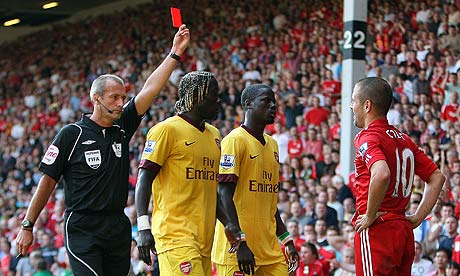 Eh, this has not gone well.

Poor Joe. He's had a wretched time of it at Liverpool. Sent off on his league debut. Missed a penalty four days later. We've rarely seen him since.

He'll most certainly be within view Sunday. Joey Boy marks his return to Stamford Bridge for the first time since taking a step down in his career by serving as a sideshow to Fernando Torres. Again, poor guy. Still, despite his shady summer exit, this man did plenty for Chelsea Football Club. He was a monster on his day and, hell, I still have a soft spot for him and his ability.

So, with all that being said, how d'ya think the Shed End will greet one of its former heroes? Let me know, people.