Torres shirt mania aka The Recoup

Share All sharing options for: Torres shirt mania aka The Recoup

Looks like the club is already recovering some of that British record transfer fee. 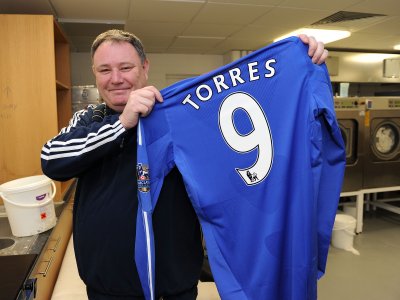 Marketability. The Mirror today has a story regarding the retail madness that has been Fernando Torres shirt sales. Since the Spanish striker joined Chelsea from Liverpool on Monday night, the club have reportedly sold a billion No. 9s. Well, not really, but Roman & Co. have shipped quite a few of these babies.

Torres sales have trumped Liverpool new boys Andy Carroll and Luis Suarez by 250-1 and 30-1, respectively. To put that in perspective, right now the demand for Torres' home shirt is 40 percent higher than the demand at Anfield when he arrived from Atletico three years ago, according to suppliers. To keep this discussion at home, Torres has moved nine times more shirts than the rest of the Chelsea squad combined over the past four days.