Danny breathes life into Bolton. A sign of what's to come? 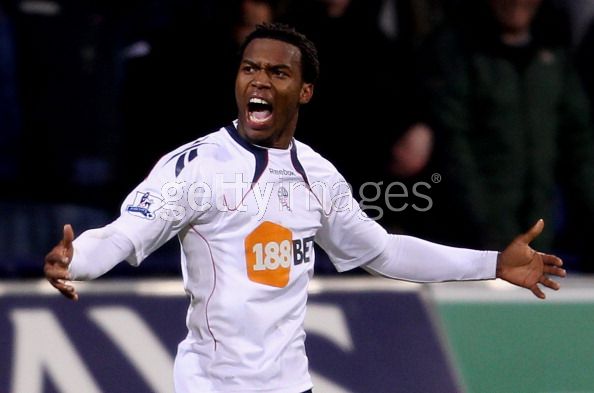 If you missed it, Daniel Sturridge made one hell of an impact today on his debut for Bolton. So did Gael Kakuta at Fulham for that matter.

Nevertheless, it was Sturridge who stole the headlines, scoring the winner two minutes into added time for Wanderers in a cagey 1-0 win at home to Wolves. Our promising young striker anticipated the dumbness that was Ronald Zubar's casual backpass to his keeper, and needed only one touch to slot past Hennessey at his near post. It was such a cool finish, one of a top-class striker.

Bolton has a deft touch with these youngsters, eh? (No homo) First Jack Wilshire. And now we're already seeing the true quality of our own. If such displays continue, this promises to be very much a mutually beneficial relationship for the three parties involved - Chelsea, Bolton and, of course, Danny.

Bolton manager Owen Coyle was obviously pleased with what he saw from the 21-year-old.

"I'm absolutely delighted," said Coyle via the BBC. "It's always nice when you bring in a player who you believe can score goals and he pops up on his debut to do that. We saw what he brought to the game when he came on... he was lively, he's got a trick, he's got composure as we saw with the goal, and it certainly augurs well for both the impact he'll make until the end of the season and for Daniel's future."

Below is video of the game-winner as well as a post-match interview with Danny. Well done, son, Keep at it.