The DailyMail, that publication of the highest standards, has run some suspect stories on two of our players, suggesting both will depart SW6 this summer for 'greener pastures'. The Guardian has also claimed one more of our lot will bolt if they can't catch a break. Not. Cool. 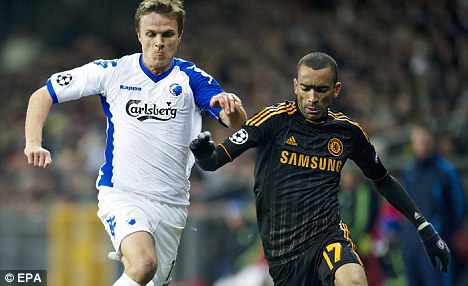 If you believe transfer gossip, which some of you might, then have a look at the story which explains that Juventus are lining up a 10 million quid move for the BAWSE, whilst Malouda is poised to head to Spanish outfit Hercules in a 7 million move. Personally, I think both of these rumors are a load of tripe. But then again, what do I know.

Meanwhile, The Guardian has run another piece on Yuri-dinho, suggesting he'll leave in the summer if he can't nail down regular first-team footy. This, I think, is a real possibility, and one that I'd be opposed to unless Gael and PvN can solidify their places in the first-team next season.

All of this, mind you, is highly speculative journalist conjecture. Why they're allowed to publish stories of this variety - unsubstantiated attributions about what a player might be thinking or what a club might be considering doing - without providing tangible quotations or facts, is beyond me.