Hold the damn phone, Chelsea isn't dead yet. Two precious away goals in the Danish capital help extinguish nightmarish memories of the weekend, and perhaps signal a way forward for our embattled leader. 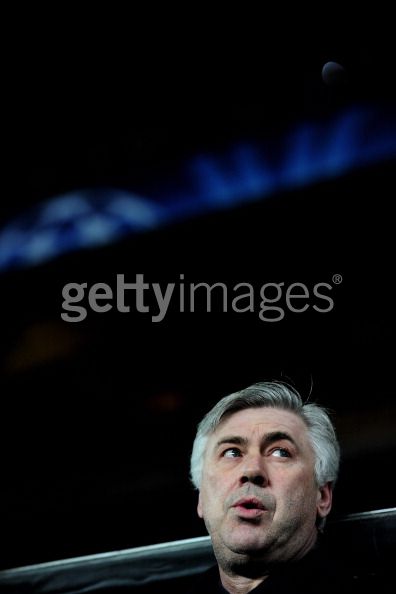 Thing are looking up?

Alluding to later visual awesomeness, may we all now join in a collective fist pump following this much-needed win? I'm stoked. The month of February began with glee and has since been filled with grief. So a win, no matter how it arrives, is something to celebrate and to savior. Plus, you know, Spurs lost.

Sure, Tuesday's procession - and it was pretty much a procession - was far from outstanding. Far from great even. But the combination of two goals, both from one of the weekend's villains, a clean sheet and several positives (including Torres) calls for no complaints. None. Praise is due after what we've seen in recent days.

Let's give Carlo a shred of credit here. He continued his search for a formation to compliment his newly-christened best strike force in Europe, and settled on a flat 4-4-2. It worked, albeit against a team that hated the idea of actually pressing us. Essien and Lampard struggled at times with their newfound roles, but settled pretty well once we got going. Ramires was his usual self these days, powering up and down the right alongside a resurgent Bosingwa. Malouda, meanwhile, drifted in and about during an effective first half only to disappear after the break. The real spark, however, at least for the King, was up top where Anelka and Torres proved a viable - and, more importantly, lethal - pairing.

Torres was clearly motivated. His movement, again, was superb, but in addition the Spaniard displayed great energy and drive. There was some nastiness, too. The touch, however, still eludes him. Multiple chances came, and went just as quickly. Trying too hard to impress? No worry, though. On this evidence, El Nueve will soon be bagging them in a canter. Tuesday perhaps? Torres' profligacy was of rather small note on this day thanks largely to the play of Anelka. What the man can do when he's not burdened by the thought of taking penalty kicks. The Frenchman's versatility is a real boon for this team. Another key to this partnership is versatility. Both can play centrally or wide, with Anelka preferring to drift right and Torres left. I'm fairly excited to see how this twosome blossoms with more time - assuming Drogba remains out of the picture, which, on Tuesday's evidence, should be the case.

Still, like others, I don't think the 4-4-2, at least how it unfolded Tuesday, is a proper option against sides with an idea of how to attack us, i.e. good teams. There was far too much space between midfield and our central defenders. Imagine a Barcelona, Arsenal or United given such freedom. You and I both know that we would be torn to pieces. Messi would thrive, as would would Rooney. This idea of playing without a true defensive midfielder needs more thought put into it, but at least there was some flickers of progression. Carlo has my attention. Let's see where it leads.

Other positives? The absence of Phil Essien. Yes, the impostor was nowhere to be seen today as true Michael returned brimming with the zest of days passed. The Bison he wasn't, at least not yet, but this was a step in that direction. Frank Lampard, too, shunned recent horrors to clock in a performance featuring one of those classic Lampard highlight-reel passes for our second. Ramires continues to look undroppable, while our backline continues to excel in the face of personnel changes. Hell, even Bosingwa looked the part today.

And Petr Cech, the man is a deity. He must listen to Norwegian Black Metal.

As for København, what was that? Bitterly disappointing. It's kind of difficult to judge just how much progress was made between Everton and today considering how poor the opposition was. They were content simply to sit back - at home - and let us stroke it about as much as we wanted. A short rile to open the second half was all we got from the hosts. After Anelka finished off his brace, the game entered this disgusting lull. Nobody was doing anything. I remember Bosingwa picking up possession twice down the right and just strolling, absolutely strolling about with no defender within 20 yards of him. Perhaps I'm being too critical, but I expected more. That Dame N'Doye. Actually, I'm not even going to go there.

Carlo's corner
"The key to this game was the good movement up front from Nicolas Anelka and Fernando Torres. They started very well and for us it was easy to attack. It was a good performance because we played with intelligence. Copenhagen tried to do how they usually do and they tried to press. We played quick up front to avoid the pressing and this why I say we played with intelligence. We didn't give Copenhagen the opportunity to press.

"(Fernando) shouldn't lose confidence because he didn't score because he very played good for the team. What was important was his movement with Anelka and it was a good combination and I am happy. Anelka was able to score and Torres had a lot of opportunity that he created with his movement." 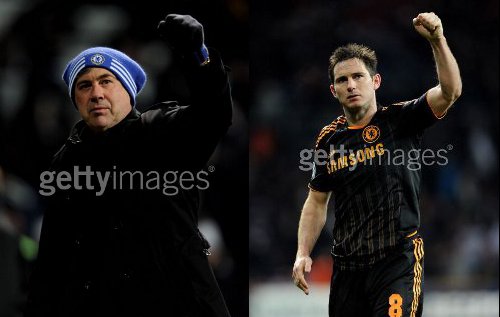 Player Ratings
Based on a scale of one to seven raised fists, with seven celebrating perfection and one exposing heinousness. Why seven? I honestly don't know.

Video Bonus: Imagine if Cech had this stuff piped into his helmet. Whoa.