How Chelsea Can Defeat Everton

Share All sharing options for: How Chelsea Can Defeat Everton

You can't expect me to diagram any plays, or demonstrate on a virtual chalk-board how this is going to happen. I'm not savvy enough with the Interwebs to maneuver in such a fashion. But, I can give you a rather impassioned presentation of 5 keys to what should be an all-out attacking affair on Saturday morning. 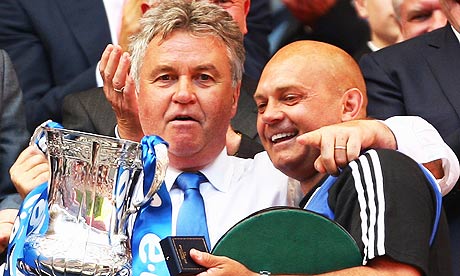 As I can see it, we have more than just a 'fighting chance' of pulling this off. No, we're not exactly clicking on all cylinders at the moment, but there is plenty of good news to bask in. Yuri's training once more, Alex is on the mend, Yossi is about a month away from returning, Fab Borini and Ryan Bertrand are back on their feet, and the media will be focusing intently on Crawley Town vs United to care much about us, right?

Nay. Odds are we're the match to watch considering how the first leg went down. A drab but feisty affair that required some delightful Cech saves and a sneaky finish from the ever-sporadic Kalou. Both teams will have to fight for their right to partay in the semi-final, and I would venture that David Moyes will be buoyed by his squads performance in the last encounter. Louis Saha, consistently, finds a way to shed our defense for goalscoring opportunities. Perhaps it's time to put one Sideshow Bob on the case? Which brings me to my first point: 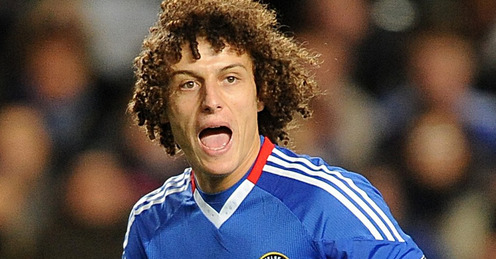 We know what he's capable of. Titus Bramble references aside, the guy is a flat-out stud that can mix it up with the best of them. He was the most aggressive of our defenders against Fulham, foraging up the pitch to spark our attack, and sticking like glue to the Fulham front line. Dempsey penalty aside, it was a tremendous performance that bodes well for our future. He managed to work well in tandem with Brave John Terry, inter-changing sides and covering for one another on challenges. My two cents: stick him on Saha and see if the Frenchman manages to get some shots off.

But defense won't win this one. No, we're going to need some attacking prowess if we plan to move on to the next round. Therefore, I believe it's time to discuss my next key:

Since his virtuoso performance two weeks ago, Anelka has been flailing. After shining in the attacking midfielder role for 90 minutes, he's been struggling to find his form, and our disposition on the pitch has suffered as a result. Many will attribute this to the introduction of Torres into the fray, but I really think it's more a matter of Nico getting comfortable with his newfound responsibilities. His role has become that of a facilitator in this formation, and it's incumbent upon him to link play going forward and spread passes into attacking regions. We know he has the capability to execute at a high level in this role. But for whatever reason, he's been a spectator of late. Perhaps reuniting him with the Ivorian Twins will do him a world of good. Remember, Nando-san is cup-tied and therefore ineligible for the match. Which brings us to Key #3:

It hasn't been a banner-year for the chap, that's for certain. Too many questions are being asked of our strikers at the moment, and Drogba could do well to put a bunch of this nonsense to bed by demonstrating what he's capable of. I firmly believe that a partnership of Torres & Didier can thrive, but it's incumbent upon the Drogs to play the role of alpha-male in this pairing. I don't think Nando's quite prepared to ascend to 'top-dog' status quite yet- but he will in the near future. In the meantime, Didier's got to get his groove back, sharpish. 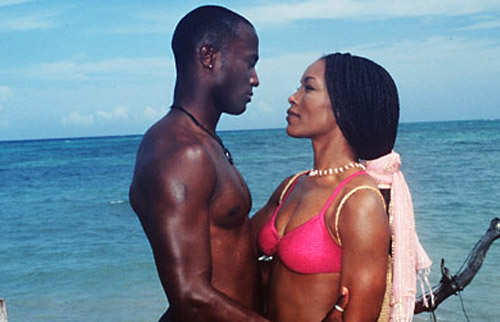 Stella did it. So can you, Didi

In short, and this may make no sense at all, but, I truly believe Didier needs to go Jim Morrison on us and get his Mojo Risin' again. He needs to fall, dive, flail, act indignant, take a bunch of misguided shots, all in the effort of finding his rhythm. It's time for us to admit that for all his faults, he's a different animal when he gets 'in the zone'. I, for one, think Didier should use this match as a tune-up before the CL to get his mind right, and his Golden Boots on once again.

Maybe he needs a rest? Jack wrote about our fearless Ghanian midfielder earlier in the week, suggesting that wear-and-tear may be contributing to what's been a remarkably muted season for our Bison. Whatever the cause that ails him, I'm hoping Carlo realizes that his being on the pitch is not mandatory, and he should take the extra days to prepare for the CL. I know, I'll catch flak for this one, so let me clarify my stance:

I love the Bison. We all do. But, he's underperforming right now, and Ramires has been looking sharp of late. This fixture seems a perfect opportunity for Michael to get some rest, Ramires to get a run out, and Obi Trice (real name, no gimmicks) to man the middle. 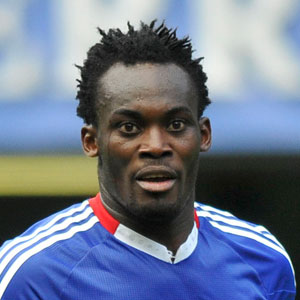 Is Wayne Brady gonna have to choke a blogger?

All of which, brings me to my final point in preparation for Saturday's showdown:

Too many times this season, I've watched us boot the ball forward, lose possession, struggle to get it back, and fail in our goal-ward efforts by attempting to build a string of passes from the back. Fellas, it ain't working at the moment, but that's not saying it can't. We just need to try something different right now, and with the addition of Ramires in the midfield, I think it's appropro for us to turn on the jets and run. What's the point of winning the possession game if we're creating zero chances? In our last match with Everton, our sole goal (and truly our only legit chance) came off a wonderful counter-attack orchestrated by our diminutive Brazilian.

Carlo's a stubborn man, for certain. But surely he can't be blind to the fact that we have a speed and size advantage (Fellaini aside) that bodes well in our favor. It's no secret we're going to be attacking throughout the 90, but I'll be curious to watch if we quicken the pace and attempt to tire-out the Evertonian back line. 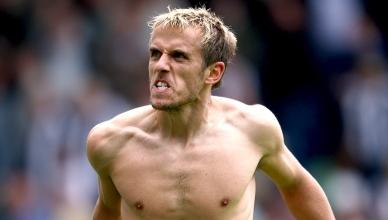 "Who stole my vitamins? I NEED THOSE, GUYS!!"

It's another chance to claim redemption, or perhaps another example of our flailing season in motion. Either way, I'll be watching to see if we sink at last or swim for once.