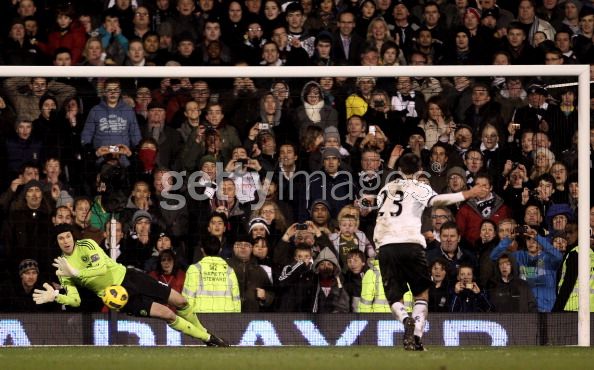 Anybody got anything? I don't.

We weren't really that bad to be honest. Well, at least at the back. The defense looks like the best in the league, as it should. That's only been solidified with the addition of Bob, who made a starting debut worthy of legend. Seriously, the kid was phenomenal.

The forward line? Starved of both service and playing a style not suitable to its personnel. The midfield? My God. Just fucking horrible. Terrible.

Fernando Torres is catching a lot of flack for his performance. A waste of money say the Fulham support - and, of course, the Liverpudlians. But - and this is a rather large but - the man was showing, at least to me, superb movement for only his second game with the club. Torres managed to get himself in plenty of dangerous positions, only for his touch (woeful) to let him down. Furthermore, what's with all the direct play? Cech was hoofing it up to him all day. That's not how Torres operates. He enjoys playing off the shoulder of defenders. You can't expect him to be The Mighty One. I put this on Carlo. Tactically inept Carlo. Sort it out man, you're job is on the line.

Then there's the middle of the park, where we were just embarrassingly bad. It's becoming a sick joke. We have Ramires, who is sprinting all over the place in an attempt to compensate for the two dead bodies accompanying him in the midfield. Essien and Lampard, both are completely out of it at the moment. Neither can pick out a pass. I don't think I've ever seen Sir Frank Lampard give possession away so much. Or so easily. It's actually a bit heartbreaking. Bison, meanwhile, is playing tentatively, which is blighting any effectiveness he could actually have on a game. I counted at least three 50-50 challenges he pulled out of. That's not Michael Essien. Either he's carriying a knock or is suffering an extreme psychological block from the previous knee injuries. A massive problem whatever the source.

Still, can't fault the effort of most of the players. Everyone appeared to be focused and committed. It's never easy breaking down a side that is out for, at most, a draw. Then you have Fulham, flooding the midfield with what probably seems like 20 or so bodies and hoping for maybe a counter or two. We dominated that second half - thoroughly - without ever looking like we were going to break through. There were chances (Essien fluffing a header?), but I don't remember us even troubling the Fulham goalkeeper.

Ponderous in possession. Can we play any slower? You have to love the side-to-side passing, and the inevitable swipe back to the keeper. But, hey, we were going to get a point and a point is good enough at Craven Cottage, right? No. This was pretty much a must-win. Looking at our run-in, are we now outside looking in for top four? Disgusting.

And, of course, there's the penalty save in the final minute of added time to take into account. Just think, we nearly lost all three points. Both bemusing and disheartening.

Carlo needs to sack up. How many times have we said that this season? It's not working. CHANGE THE FUCKING SHIT. Get Josh a game. Recall Daniel Sturridge. Fuck me, our only in-form striker is on loan. Torres will come good so stop embarrassing him with second-half substitutions. Stick with him or bring him off the bench. Play Bob up top. Something is bound to work. Just show the balls to make a change.

Enough. Bring on the Toffees. 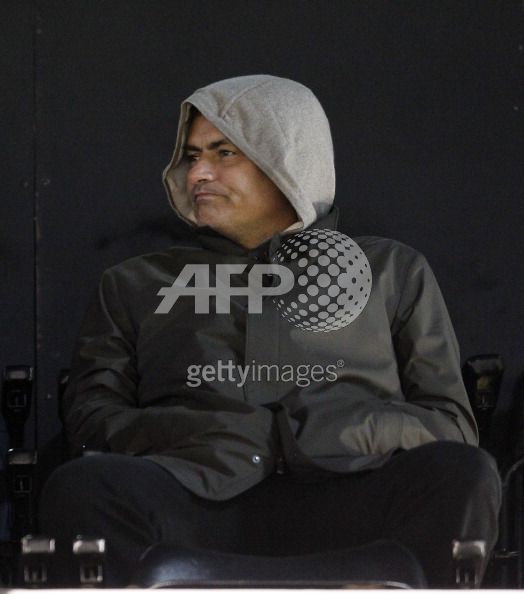 Video Bonus: I give you the one - the only - Debbie Gibson, in honor of The Special One's surprise appearance at Craven Cottage. I envision Romes humming this in the evenings while watching highlights of us in 2005.