Share All sharing options for: This just in: Liverpool Offside inks 10-year extension with Chelsea obsession

The trolls have also agreed to a similar contract. It really is quite flattering, you know?

And kind of sad. 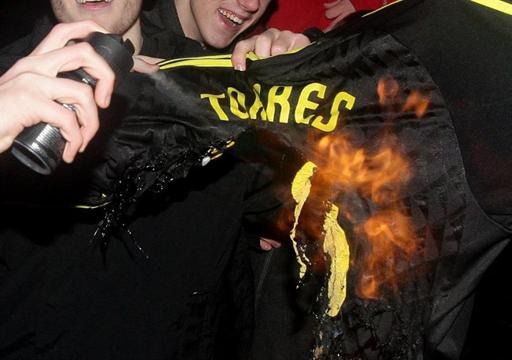 You beat us. Twice. You deserved all six points. Congratulations. Now, how about moving on to bigger and better things? Yeah, like focusing on the mighty Wigan.

To quote an author who has supported Chelsea for some 30-plus years, a man who began his writing career with the Sunday Times in the early 90s ...

"And this has made me realise one thing: Chelsea are not a big club. The fans I know and interact with at games, on twitter and on the internet are not priggish, blinkered and self-important, we don't lack perspective, we don't (in general) think we are better than everybody else, we acknowledge weaknesses and celebrate the bad as well as the good in our history. We are VERY good at laughing at ourselves. In short, we are not Liverpool and I hope to god we never become like them because that's not my idea of what makes somebody a football supporter."