Hey, at least this kid looks like a bargain, right? Right? 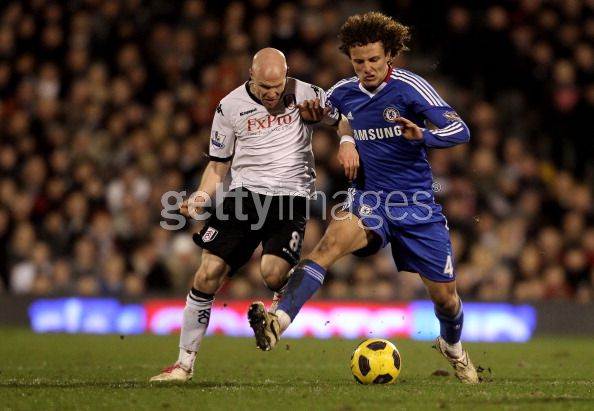 More disappointment at Craven Cottage as Chelsea fail to breakdown a resolute Fulham side in somewhat drab 0-0 fare on Valentine's Day evening. Well, drab up until added time.

That's when Petr Cech saved our collective blushes, denying Clint Dempsey from the spot after Mike Dean - more inept than our play on this day - awarded the hosts an ultra-late penalty for the slightest of nicks on Deuce from David Luiz. Bob, aside from the weirdness that was the final three minutes, was sensational. On this day, the Brazilian was our best central defender, best fullback, best defensive midfielder, best attacker - hell, best everything. Try him out at forward if the drought continues, I say.

More on the match later. Not a woeful display by any means, but that certainly is not going to cut it if we expect Champions League qualification come May.

Until then, spread the love. Or not. Whatever.