The glory days of Michael Essien: Are they over?

Share All sharing options for: The glory days of Michael Essien: Are they over?

Glory days. They'll pass you by. Have they skipped beyond our Bison? 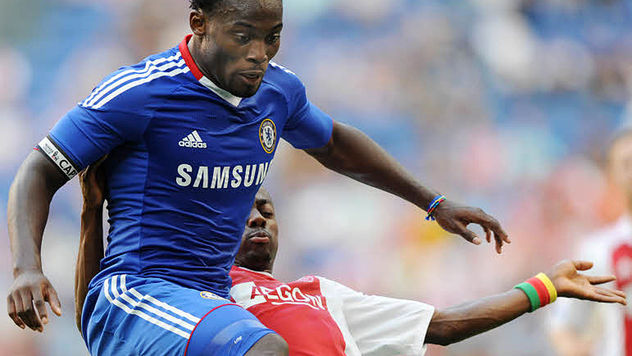 Lately, however, as the Ghanaian's formed has waned so too has the love affair.

I think many of us expected Essien, fresh from a long layoff due to injury, to restore the roar to our midfield this season. The Ghanaian has, instead, underperformed on a grand scale. Certainly he is not alone in this regard. I guess we could add at least five more players to the list of substandard. But, considering the amount of time Frank Lampard has spent sidelined with injury this season and the purchase of Ramires, I believe Essien's regression is far more astonishing. And impactful.

It's fair to say Essien has been a shadow of his former self since returning from a serious knee injury suffered in preparation for the 2010 African Cup of Nations - his second such injury whilst on international duty. Two significant knee injuries (ACL and MCL) in two years? Not exactly good.

The latest injury has clearly robbed Essien of his greatest strengths: energy, drive, dynamism. Remember when this cat used to haul us forward all by his lonesome with an unmatched box-to-box game? He was, for me, the most dynamic midfielder in the world two years ago. Yet by stripping him of his strengths, what the injuries have really done is amplify his deficiencies. Essien's shooting has been woeful, his distribution even worse. He's never been known as the most technical of players, so when you remove those attributes that have been a staple of his game he looks, as much as it pains me to say it, average.

So, I ask: Are Michael Essien's finest days in a Chelsea shirt behind him? It's a brutal question, I know.

What we must take into account when coming to a conclusion is his injury history and his overall impact on the club. 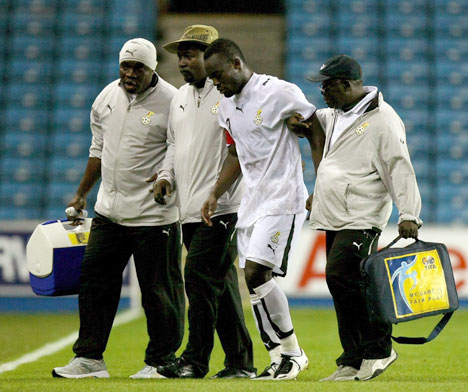 If, like me, you are holding out for better days, you believe this is an extended blight similar to the one Petr Cech experienced after having his head caved in by the classy Stephen Hunt in 2006. Cech struggled mightily in the immediate wake of that incident, only really returning to his previous world-class form last season. These type of serious injuries have a profound effect on not only your ability but your mentality. Essien very well could be apprehensive in his approach to the game these days, in an attempt to avoid doing further damage to himself - though that lunge against Fulham in which he was sent off goes some way in debunking that theory. Still, if he is even the slightest bit apprehensive, well, that pretty much ruins his entire approach to the sport. No bulldozing, no Michael Essien.

There have also been hints that Essien is carrying an injury. Suggestions that a toe problem has hindered him for some time seem all the more likely when you watch him in recent matches. There's no way this man, this lumberjack of a player who once was chopping down opponents left and right, is putting in shite performances without some sort of knock. Plus, he's only 28 years old. Far too young to give up on, at least in the short term.

Then there are those who are leery of a return to form. That camp would point to the knee injuries, something so very difficult to recover fully from. If these injuries have indeed snatched away his pace and energy, then the Essien we used to know won't likely ever surface again. And, without those qualities, what kind of player are we left with? If that is indeed the case, is it worth cutting ties now while some of that massive transfer fee can still be recouped? Sour thoughts, yes, but I guess you have to entertain the idea.

What is to come of his participation at the international level? A return to the national team after this self-imposed hiatus could be a breaking point for a player with this kind of injury history. Worrying to say the least.

What side of this debate do you come down on?

Me? Like I said, I'm holding out hope for the Essien of old. Further, I think it's too early to tell what lies ahead for him. It's also unfair to write the Ghanaian off considering what he's contributed to the club in recent years. Perhaps an extended rest - with the rapidly improving Ramires coming in - is just what the doctor ordered. We'll just have to wait and see.