Poll: Who do you fancy in the first knockout round of the CL

Share All sharing options for: Poll: Who do you fancy in the first knockout round of the CL

I reckon that's a Luis Suarez (a couple middle fingers) to all our detractors. Tell me you don't agree. But, now that we've booked our place in the knockout stages of the competition, we need to look ahead to our possible opposition in the opening round. There are, as you would expect, no cupcakes to be found.

So, who do we fancy then? Let's take a look. 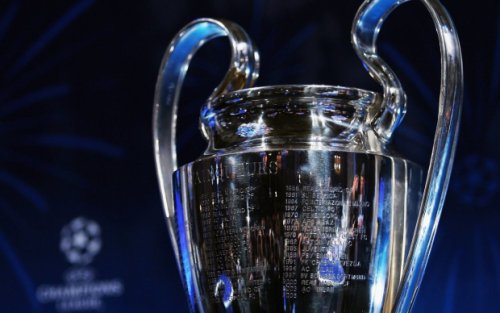 Here's a brief breakdown of the clubs we have a possibility of facing in the first round of the knockouts. It's not much, but it's something:

S.S.C. Napoli
Perhaps the most dangerous of our seven potential opponents. Actually, they are the most dangerous. Napoli are a stubborn but dynamic side, with an attacking triumvirate (Edinson Cavani, Ezequiel Lavezzi, Marek Hamsik) that rivals pretty much any in world football. These guys can work. Though they've been pretty much on a tear in the CL, they've been wildly erratic on the domestic front. Naples would likely struggle to break us down, provided we entered the tie in current form, but I'd rather not find out.

AC Milan
The Rossoneri are obviously the headline name of this group of runners-up, but they aren't exactly the Milan of old. Don't get me wrong, this is still an extremely strong side. Zlatan Ibrahimovic, regardless of your opinion of him, is an elite player. Kevin-Prince Boateng has flourished since moving to Italy, and Antonio Nocerino is incredibly underrated. Robinho, meanwhile, is shit. And Mark van Bommel is a despicable human being. Though I woudn't dread facing them, I'd rather not at this stage of the tournament.

Olympique de Marseille
A familiar foe from last season's group stage. We ran out comfortable 2-0 winners at Stamford Bridge, but lost 1-0 in France. Can't read much into that, though, seeing as we rolled out basically a reserve side having already qualified for the next round. Nevertheless, Marseille could pose us problems, with Didier Deschamps' boys carrying some serious pace down the channels. Mathieu Valbuena is stone-cold killer (ask Borussia Dortmund), and Andre Ayew is a downright burner. That being said, I still believe we would have a decided advantage, with a controlled tactical approach likely seeing us through. 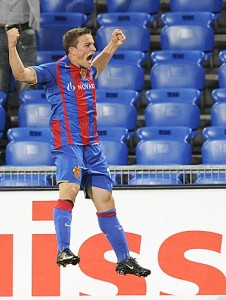 yesterday over Zagreb. Bafetembi Gomis was scoring goals for fun. Anyway. Though Lyon have an excellent CL pedigree, this isn't the Lyon of 2005-06 - you remember, the Lyon that made the semifinals of this competition and featured the likes of Eric Abidal, our very own Florent Malouda, and personal favorite Juninho. That was a fucking team right here. But, you know, Juninho isn't walking through that door for current manager Rémi Garde. Can't see us losing to this outfit, though this is the CL and you never know what to expect.

FC Basel
Nobody wants to face these crazy bastards. Have you seen Xherdan Shaqiri? The kid is electric. Ask Patrice Evra about this guy's ability. With the high they are currently on, I doubt we openly want to take a chance of sliding anyone up against Shaqiri, and allowing them to unleash the wily veteran Alexander Frei on our still improving defense. Of course, the Swiss side aren't world-beaters. They clearly have a number of flaws, and we would have to be confident going into a home-and-home versus them.

CSKA Moscow
The Russian Premier League isn't exactly readily available for viewing stateside. Thus my knowledge of CSKA isn't of top standard. Still, you know what they have in the pocket - which is a metric ton of firepower in attack. Vanger Love and Seydou Doumbia are speed merchants. Plus, they can probably expect to get a few of the 50 guys they have in the treatment room back by the time the knockouts begin. Zoran Tosic. Keisuke Honda, Tomas Necid and Mark Gonzalez have all been plagued by injuries. Goalkeeper Igor Akinfeev, a genuine monster, is a long-term casualty due to a cruciate tear. I reckon we would advance here, but it could be a roller-coaster goalfest if our defense decided to revert to old ways. I'm not sure my heart could handle that.

Zenit St. Petersburg
With Zenit, I don't really know much of anything about them. What I do know is that this isn't the same Zenit that rolled to the UEFA Cup in 2008. They have a couple of Portuguese internationals in Bruno Alves and Danny, and a solid striker in Russian Aleksandr Kerzhakov. Zenit may represent our best option, if there is such a thing.

So, who do you like? We'll know for certain next Friday when the draw is held.