Share All sharing options for: Reports: Anelka in advanced talks with Shanghai club

It looks like our continued overhaul may get started a little early. A host of outlets, including BBC Sport, are reporting that Nicolas Anelka could agree a move to Shanghai Shenhua within the next week. 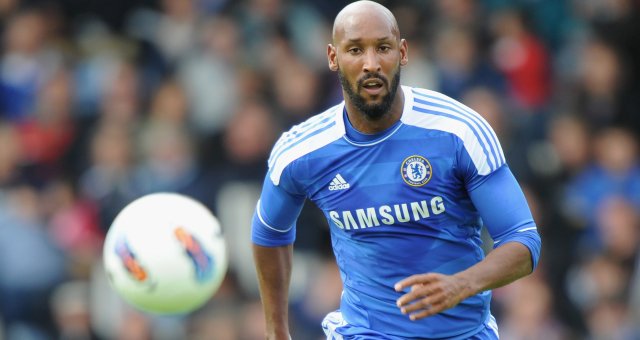 A sight not to be seen again

As you are well aware, Anelka will not be hanging around Cobham for much longer. Not only has he been cast adrift by Andre Villas-Boas, but the French striker went so far as to hand in a transfer request last week, which was accepted by the club. The club's view to getting much younger and Nico's general lack of productivity this season when called upon to make an impact means this is a necessary move for both club and player.

Where he'll end up, however, is unknown, as Anelka has a myriad of options (I would assume). The BCC reckons his camp is in advanced talks with Shanghai, a club in the Chinese Super League, and that the player will make a decision on whether to move to the Far East by next week. If not, there is always a return to Ligue 1. Spurs and Liverpool have also been mentioned a potential destinations, though that concept of Anelka joining either is fucking ridiculous. There is also the idea of coming stateside as part of expansion club Montreal Impact's debut season in MLS. The club confirmed holding talks with Anelka, and, quite frankly, that would make the most sense to me.

Of course, it could be all about greenbacks and the Chinese club may be willing to make it rain. Who knows. Either way, somebody is going to get an aging, but talented, striker.  I just hope we get a little dough in exchange for his services.

Update: Sky is reporting that Anelka has in fact agreed to a two-year deal with Shenhua. I guess we'll know how accurate the boys and girls at Sky are very soon.