Chelsea 3-0 Valencia: AVB gets it right, Didier gets it done

Share All sharing options for: Chelsea 3-0 Valencia: AVB gets it right, Didier gets it done

A pulsating showcase, carefully imagined by Andre Villas-Boas and anchored by the irresistible Didier Drogba, sees our beloved Chelsea into the knockout stages of the Champions League once again. As group winners, too, no less. This, my friends, was a night to cherish. 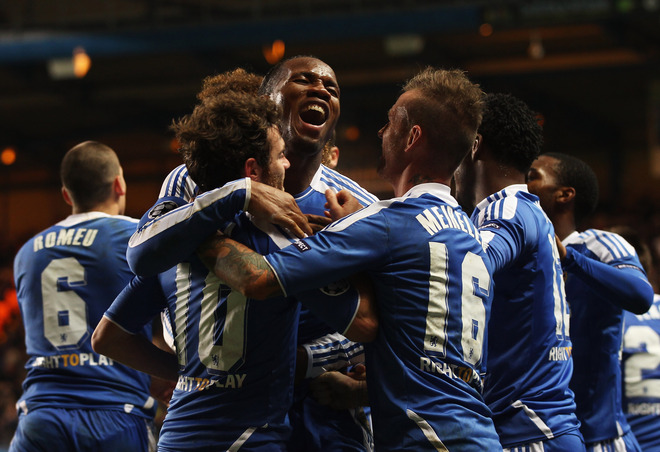 Happiness is a warm brace

Has the era of Andre Villas-Boas finally arrived? It's naive to suggest that one result could be the tipping point for a club that has been as erratic as it has been good this season, but tonight's resounding - and assured - display, on top of the gradual improvement witnessed in recent weeks, provided many of the hallmarks from which the elite are fashioned.

Again, not to overreact, but it feels like a positive seismic shift is taking place at the club. Some patience and a little collective positivity can go far.

Tonight, there was, first and foremost, passion. Passion from front to back. It started with the indomitable Ivorian who scored twice and created another. His workrate was second to none. His physical presence was unmatched. It was as if the Drogba model on display Wednesday night had been placed in cryogenic storage near the end of 2006-07 (think John Spartan in Demolition Man) and was thawed out for this special occasion. In case of emergency, break glass.

Whatever has gotten into our volatile big man - Villas-Boas' consistent playing of the striker over the past few weeks despite some trenchant murmurs is paying off, eh - here's to hoping he has enough left in the tank to continue pillaging through the Africa Cup of Nations and into May.

Needless to say, Drogba wasn't alone tonight. Everyone chipped in with a contribution.

Juan Mata was, again, splendid. Why his former teammates had the good, albeit fatuous, grace to allow him space and time on the ball is beyond me. Whatever the reason, we are glad they did. The Spanish wizard was constantly involved, setting up the opener with a deft little touch to Drogba who shimmied inside and then back out, using the space created to whip a left-footed shot past Diego Alves at his far post inside three minutes.

It was more than we had hoped for, but we were happy to have it. 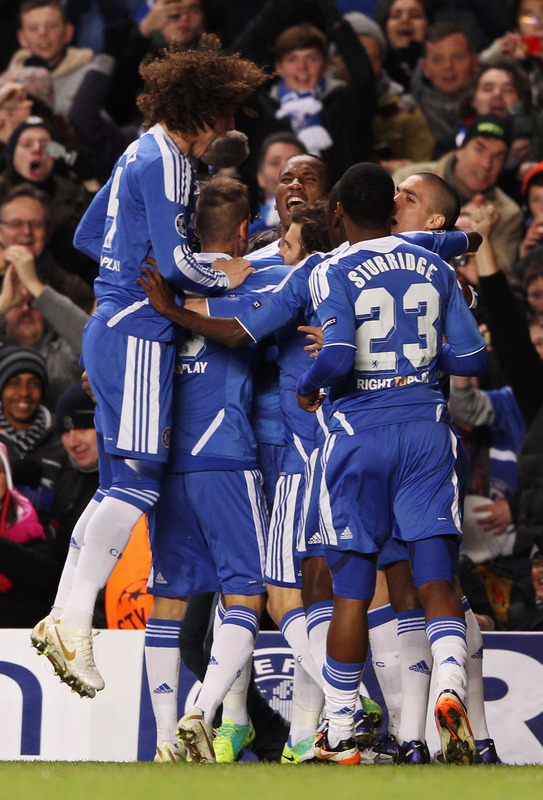 Daniel Sturridge was not as effective as he proved to be against Newcastle on the weekend, but nevertheless put in a sturdy shift. Selflessness right now is not one of his stronger attributes, but his ability to get into dangerous positions is. His workrate was also particularly impressive, with the young England prospect tracking back well when Chelsea were not in possession.

This was a pivotal piece of our approach tonight, with Villas-Boas reverting to almost a 4-5-1 when we did not have the ball. Mata also tracked back well, even if his defending was as you would expect: hit or miss. We spent large portions of the match defending deeply - the high line not to be found on this day - but we were overall very comfortable and composed when doing so. John Terry and David Luiz looked incredible poised, and gelled like we haven't seen this season. Branislav Ivanovic was inspired up and down the right side. Ashley Cole wasn't eye-catching, but did his job without hassle. It was improvement.

What was also interesting was to see us allow Valencia so much of the ball. I mean, we finished with just 31 percent of the possession. That's kind of insane. Much of that could be attributed to the early goal, I guess, but it's also a sign that Villas-Boas is willing to be more tactically adaptable than many of us might have thought. It was basically a case of: Let Valencia do what they do best and we'll just wait for openings on the counter attack. And, you know, it worked incredibly well. We were unplayable at times on the counter, and probably should've added a couple more goals had Sturridge not done a Sturridge and actually squared the ball for unmarked teammates. He'll get there, though.

Oriol Romeu was in and out of the match at times, though overall it was another promising display from the young Spaniard. His distribution could have been much better, but at this point it matters little. I don't think it's a coincidence that our surge in form coincides with his introduction into the first team. Raul Meireles, for me, didn't do as much as I expected. His play was a little jagged and his passing was erratic. However, I was pleased with what we got out of him on both sides of the pitch for the most part. The dropping of Frank Lampard to the bench, a decision met with polarizing opinion prior to the match, was justified in my mind.

Ramires, meanwhile, was at his barnstorming best. His goal, our second, was as pure a demonstration of his game as you'll find. The Brazilian was clearly beaten to the pass from Drogba, but soldiered on at his own lung-busting pace and used his industry to outwork the defender for the ball. The rest was simple. He really is a wonderful player to watch.

As for Valencia, I was expecting more. Whether you chalk it down to our excellence or a lack of tactical nous from them, they just didn't find their legs today. Roberto Soldado was anonymous. For a team that had won seven of eight, and had pushed Real Madrid to the limit, I was expecting much more than I saw. Not that I'm complaining.

Overall then? I'm giddy. It was just what was required. To win the group on top of everything is just the icing on the proverbial cake. This is a marvelous start to December, and we enter our league match with Manchester City on Monday with some real momentum. I'm not saying we're going to win - they have been bloody fantastic thus far, no question - but I see no reason why we can't.

A revitalized Drogs. A defense flush with newfound confidence. And a coach with an eye for the future. Things are looking up, friends. Keep the faith. Carefree, bitches.