This right here is a shocker. Eh, not really.

The club today confirmed that it had agreed a fee with Bolton for Gary Cahill. It's not a done deal yet, though, with personal terms still far off between the two parties. 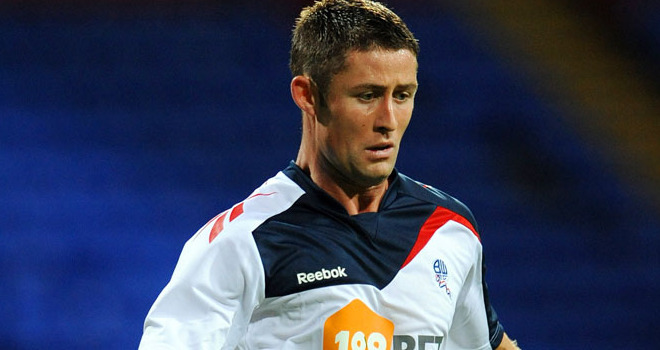 Andre Villas-Boas spoke of Cahill at his pre-match presser for Aston Villa. He confirmed that we had agreed a deal with Bolton for the 26-year-old defender. That fee is expected to be in the region of £7 million. Either way you slice it, that's kind of a bargain - low risk at worst.

As you know, I don't rate Cahill that highly. But obviously my opinion matters not. All that matters is what AVB thinks and, according to the below quotage, the suited one likes what he'll be getting if the deal goes through.

Gary has been involved in a struggle with Bolton and a fight for position in the league. I think his technical attributes are immense, and his pace is fantastic as well,' Villas-Boas said of the former Villa centre-back. There are weaknesses that stand but they are also related to the collective organisation of Bolton and that's why Owen [Coyle] is trying to correct them.

He is a player who has been playing magnificently well at international level, alongside John Terry and I think he can add to any squad in the Premiership - he can make this jump.

Villas-Boas' track record for scouting talent speaks for itself. If he believes Cahill is good enough for Chelsea then I'm obviously willing to give him an opportunity to prove his worth.

Of course, I can't do that until the transfer is done and dusted. That appears to be some ways away. Personal terms are an issue that has yet to be resolved, according to Villas-Boas.

Reading too much into this would be wasteful I'd think. I would expect that the two sides will flush out a deal by the beginning of next week. It's not like Cahill is going to get a better contract - or better opportunity - elsewhere, at least as far as I can tell with the interest being shown by other clubs.

That is, as long as he doesn't go out and tear his hamstring this weekend.