Chelsea score a vital three points away to Newcastle in a match that was, well, fucking insane. I mean, Salomon Kalou played - clearly at the suggestion of Devin - and even contrived to score the pivotal second. Yes, it was that bizarre of a day. 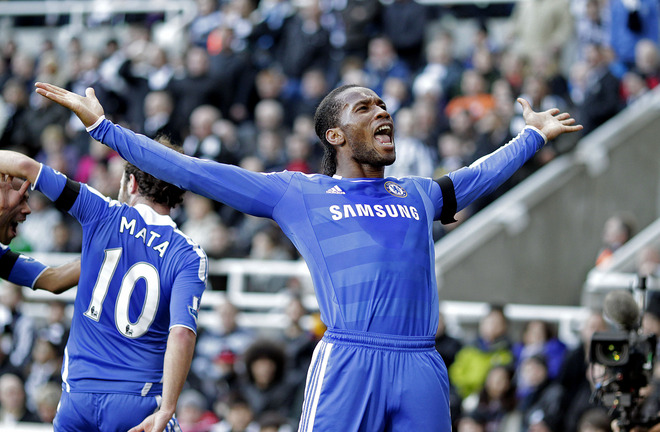 Um, yeah. I really don't know what to say about that. If you have any suggestions for how we should proceed with our match recap, please feel free to leave them in the comments section.

Anyway. It's a win, and I'll take them however they come. At times we were a shambles, other times we were irresistible. In the end, it was probably just about a deserved result. Sure, Bob - who somehow managed to recover from his first-half shocker - could've been issued a red card for his positioning nightmare early on, but even with that being said, I still think we shaved it on the run of play. And, you know, I think Demba Ba might have been offside in the lead-up to that incident. Whatever, it doesn't matter either way.

I must also add that that final scoreline is harsh on Newcastle. Another fine showing from the Toon, particularly Tim Krul who must've denied Danny Sturridge on 46 separate occasions. As someone said on my liveblog, the Dutchman has certainly earned a pay hike based on his incredible form thus far this season. Ryan Taylor, meanwhile, was probably poorer than Bob - and that's saying something. How many times did Studge roast him? I lost count at 15.

Moving on to more positive aspects. It's a win. Yes, I said that already. Say it with me. It feels mighty good doesn't it? This could be the kind of result that serves as our much-needed kick start. It couldn't have come at a better time, either, what with our crunch Champions League group tie with Valencia arriving in three days. It really is a massive boost.

That's it for now. We'll be back with a full review later on. Until then, have a vote in our man of the match poll (plenty of deserving lads in there) and leave us a comment on the match. Carefree bitches.