I think we all had a feeling, for better or worse, that Gary Cahill was going to be a Chelsea player come January after seeing Owen Coyle's comments last week. Now, we have some concrete information from Andre Villas-Boas that the club is indeed pursuing the English defender.

Only a matter time until this is closed then? 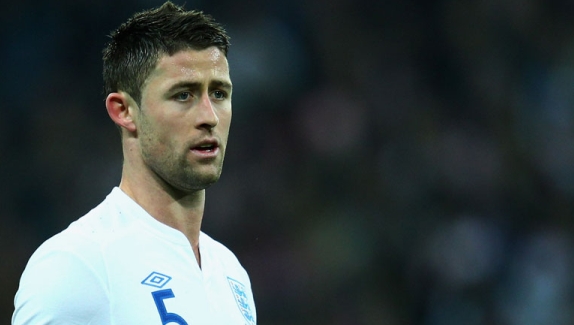 Here's what Villas-Boas said according to the club's official website:

Regarding what we are trying to do in central defence, we are trying to close a deal [for Gary Cahill] but I don't think we will do much more than that, maybe one more player. Central defence is our number one priority and we will try to solve it as soon as possible. We had initial talks with Bolton but that doesn't mean he is our only target.

Not exactly surprising considering what we knew about the potential of a deal for Cahill happening. What is more interesting in this short couple of sentences is AVB's remarks on what other transfer business could be done in January. Or better yet, the lack thereof.

Villas-Boas doesn't see us doing much more than securing a central defender. Perhaps one more player, he says.

This will no doubt shoot down the hopes of many a supporter hoping to see the club go batshit crazy in search of game-changers (i.e. Eden Hazard, Mario Goetze and the like). That major overhaul will have to wait until the summer - which is a good thing. As you know, working out deals for world-class players in January is damn near impossible. Better to attempt to fill gaps carefully rather than going nuts, considering the short span to recruit and the limited options available.

Of course, Villas-Boas may be playing his cards close to his chest. I'm sure if an elite player became available for the right price, and our manager was interested, a deal could be a go.  Regardless of who else we sign, it looks like a transfer for Cahill is almost a done deal. We best get ready to welcome him.

Just for shits and giggles, who do you think that one other player may possibly be? Milos Krasic? Michael Chopra?