Malouda gets crabby, could be on the out in January

Share All sharing options for: Malouda gets crabby, could be on the out in January

Florent Malouda isn't happy with his current bit-part role at Chelsea. He's ready to reevaluate life in London, and apparently is weighing potential moves should his ambition not be met.

Is any of this shocking? Not really. 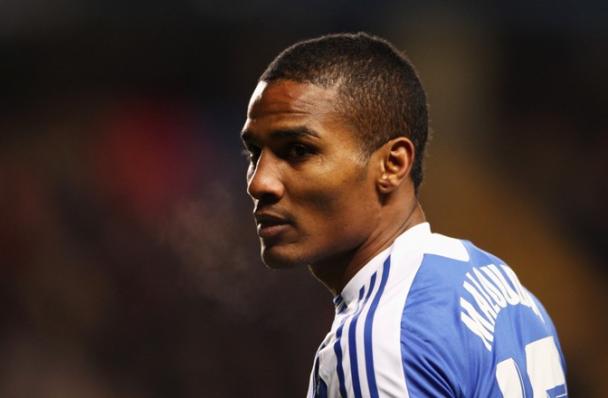 Not of the avant-garde

Malouda spoke of recent frustration with his lack of match time after Monday's 1-1 draw with Fulham. Ironically, this revelation came after a pretty good cameo off the bench.

I'm not getting enough playing time. It's too limited for the ambitions I have. I can't be happy with that. If it is necessary, I will leave.

I have an idea. Play better when called upon. Malouda, to be frank, has not been good enough to warrant consistent selection of late. In fact, he hasn't been good enough for the better part of a season and a half. The Frenchman simply hasn't been the same since Guus Hiddink came in, stole his heart and then ran off into the national team sunset a few short months later.

The purchase of Juan Manuel Mata hasn't helped Malouda's cause, either. To be real, the writing's been on the wall for Malouda for some time now. We are in the midst of a reshape, and it's clear the Frenchman, at 31 years old, is not part of Andre Villas-Boas' long-term plan.

With that being said, I doubt AVB is ready to move Malouda on just yet. He still has some value to a club that is lacking any kind of depth in the wide positions; finding a replacement in January also seems far-fetched at best. Still, if a highly lucrative offer comes across the bargaining table, I doubt the club could turn it down.

Where could Malouda potentially end up? Well, Paris Saint-Germain continues to be at the forefront of the recent links. It would make sense, too - Frenchman back to the homeland to link up with a former manger in Carlo Ancelotti. That is if Malouda wasn't a shareholder in Ligue 1 club Dijon. Yeah, that kind of nixes that idea as far as I can tell.

We can also rule out a link-up with former teammate Yuri Zhirkov (for now). Malouda told Canal+ that he has not be in talks with Anzhi Makhachkala.

I couldn't even manage to pronounce the name of this team. I don't know from where these rumours come, when they don't have any base in reality. Me, I am someone who prefers transparency. I don't have anything to hide, so I'm telling you the truth.

Expect any number of bullshit rumors over the next few weeks, from Asia to stateside and the like. Again, I doubt Malouda will move in January, but it's certainly a possibility. As always, we'll keep you posted. Until then, what do you think? Should the club move Malouda now or wait until the summer when we can do some real, serious business? Let us know, people.