A genuinely poor performance it was not. It was, however, a rather terrible result. 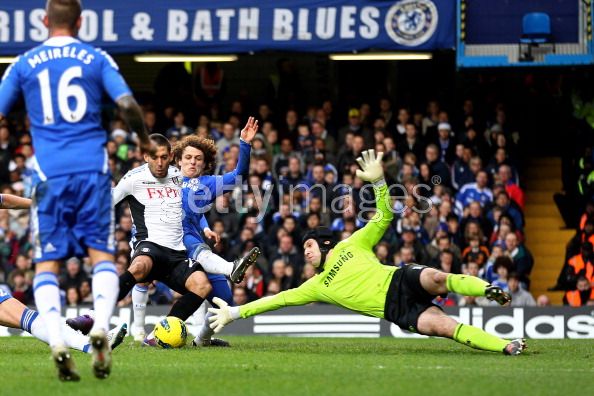 A myriad of culpable parties

Chelsea again surrender a lead despite being in a position to record a comfortable win. First Wigan, and now Fulham. What the hell. More bemusing, the fact that this latest setback arrived just days after we put in an excellent shift at White Hart Lane in a game we easily could have won.

Let's hear it for the inconsistent nature of transitional periods.

I'm not going to bore you with some stiff, tiresome recap of Monday's events. We can wrap up the match in that sense by simply saying that we initially had difficultly breaking down a disciplined, industrious Fulham side only to whip up a goal out of nothing via Juan Manuel Mata and, partly, Fernando Torres. Then, predictably, we failed to solidify our advantage and were caught out thanks to some mailed-in defending from Ashley Cole, David Luiz and Peter Cech (in that order). We then, as has been the case recently, picked up our play substantially only to be thwarted by both David Stockdale, who enjoyed an excellent outing in goal for the visitors, and an overall lack of composure in front of goal. Stockdale was good, but could we have done him any more favors? So many shots right at the kid. Again, I say: What the hell.

And now for some random thoughts:

• Contrary to popular belief, Torres was pretty good on Monday. He worked hard for the team, tracking back when needed and putting in a decent, but aimless, round of pressing. He dropped deep to get involved - because, as you know, we don't exactly play to his strengths. Nando could have scored early on; he was unfortunate to see his volley, after some great close control, fly straight at Stockdale. He was also involved in the goal, and was incorrectly ruled offside later in the second half. Don't write him off, yet. 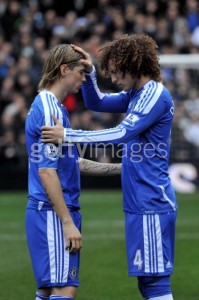 • David Luiz played a telling role in Fulham's goal, failing to properly track the scorer, Clint Dempsey. Nevertheless, Bob was outstanding defensively in my estimation. Since he's toned back his approach, the Brazilian has taken a quantum leap (no Scott Bakula) in performance. He kept it simple for the most part, and was damn near imperious. He still managed to make a few bursts forward, which were somewhat effective, as well as playing a couple of shockingly good diagonal balls during our late push for a winner. Gary Cahill to dislodge this guy as a starter? Please.

• Fulham's tactical gameplan was pretty easy to anticipate. It was basically the same approach Wigan brought forth a few weeks ago: force Chelsea to attack from wide positions by crowding the middle of the park and the attacking third with loads of numbers. Pretty sad that it worked once again. What does this say about our side? Well, most glaringly, it tells us just how much we're missing a creative midfielder. This was a problem discussed at length during the summer - as we were vehemently pursuing Luka Modric - and that position hasn't change. We are desperately in need of a creative type, and I would be shocked if Andre Villas-Boas wasn't actively in pursuit of one, as soon as this January. Mata is definitely a creative player, but there's only so much he can be burdened with and he can't always be a full tilt (i.e. Monday).

• As AVB stated, we're pretty much out of the league title race. That shouldn't really come as a surprise, though. I, for one, never saw us a genuine contenders this season. There were far too many questions about this team - this aging team - and with a new manager in a new league in a new country, it was always going to be stretch to push the Manchester clubs. I put my faith in a transition that would take time. A realistic perspective was third, which in itself looks increasingly difficult. A top-four finish is the target now, and there's no reason we cannot achieve it.

• That being said, what I'm having trouble with is the amount of saltiness I'm digesting from fellow supporters around here. Many are treating this so-called revelation as a nightmare scenario. The end of the world it is, according to some. Slow down. Three points from three doesn't look good. It isn't good. But we must take into account that we really should have won at least two of those matches, potentially all three. A few less individual mistakes, and we're looking pretty good right now. So, yeah, it's not all lemons, not yet. Have some faith. I know I keep saying that, but it's really not as bad as some are making it out to be. Big Phil Scolari could be giving interviews, people. Think about that.

That's a wrap. On to hosting the Villa on New Year's Eve. I'm looking forward to it; you should be, too. Carefree, bitches.