In the news: Vargas out of the picture, developing Battersea and Drogba on the move (?)

Share All sharing options for: In the news: Vargas out of the picture, developing Battersea and Drogba on the move (?)

There's not much in the way of significant news circulating in the immediate wake of our grossly disappointing 1-1 draw in Wigan on Saturday afternoon. What we do have, though, is a few interesting tidbits to touch on. Let's take a look shall we? 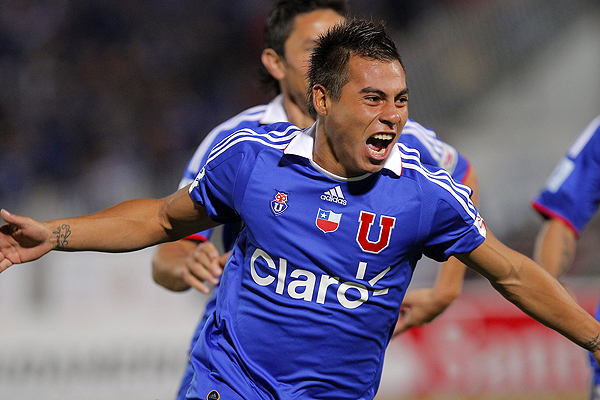 To Naples, not London

Vargas opts to join Napoli
Disappointing news out of Chile, with Eduardo Vargas confirming he'll be joining Napoli in the January transfer window. The Universidad de Chile player had been linked with Chelsea over the last month or so, but it looks as if we've missed out on yet another talented prospect in our long-winded search for attacking depth - particularly on the flanks.

The 22-year-old Chilean says he's joining Napoli, our opponents in the next round of the Champions League, for a fee in the region of £11.5 million. Dare I say that's a bargain for a player who is being compared to Barcelona's Alexis Sanchez. Vargas may never reach those heights, but he's bound to be an excellent addition to a dynamic but rather thin Napoli side.

Yes I will be joining Napoli, a large team in Italy. I'm sure I'll do very well there. I know Cavani and Lavezzi. I am very happy that everything was tied up quickly, and for me to play in Italy is a dream come true.

What this really means is that we're about to secure the services of Ezequiel Lavezzi, right? Right?

Drogba will move on, so sayeth Marseille sporting director
I'm not sure what to make of this.

Marseille has long be keen on bringing Didier Drogba back to his former club. It's a move that would make some sense. It won't happen, though, according to sporting director Jose Anigo. Anigo does suggest, however, that Drogba will not be remaining at Chelsea beyond this season.

Anigo, speaking to Telefoot, said this when queried about the potential signing of a new striker for the French club in January:

During the transfer window we need to be clever and we need to recruit a striker since that is the choice of the coach. It won’t be Didier Drogba, I can already tell you this. I spoke to him on the phone and he told me firmly that he has a good reason to go somewhere else and therefore he prefers to live somewhere else.

Has good reason to go somewhere else? Yeah, that doesn't sound like the Mighty One is particularly interested in accepting our contract extension. Who knows how accurate this quotage is, but it's certainly something to watch as the transfer rumors begin to heat up in the next week or so. 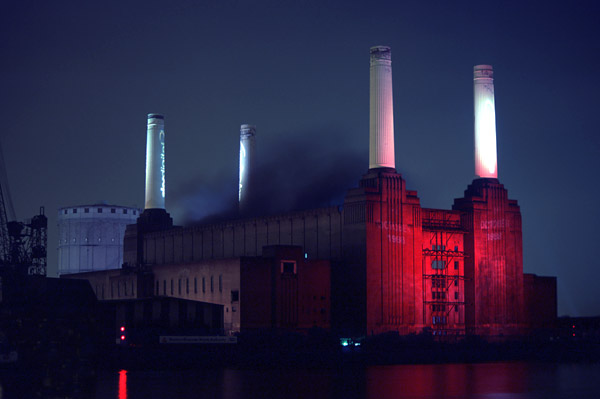 Club brings in architect to oversea Battersea proposal
Not surprisingly, Chelsea are moving forward with their potential plans of relocating. The newest development to this ongoing saga sees the club bring in Rafael Viñoly to collaborate with developers Kohn Pedersen Fox in devising a plan to plop a 55,000-plus capacity football stadium on the Battersea Power Station site.

Viñoly is well-versed with Battersea, having been involved in the most recent failed redesign of the site. His hiring by the club was apparently announced just days after his £5.5 billion plan for Battersea backed by Real Estate Opportunities went under. This is good news since the architect can seamlessly jump right in with an idea of what can and cannot be accomplished with regard to an on-site stadium.

Of particular note is this little nugget from Architects' Journal:

The stadium itself could be built on land adjacent to the landmark or partially inside the building however the scheme remains in its very early design stages.

So any idea we had of being able to incorporate any of the existing - and extremely classic - structure into the design of the stadium appears to be out of the question. Beat street. Then again, I'm sure these guys can come up with something fresh and exciting using the station as a backdrop.

For the rest of this piece, I'll refer you to someone with an actual background in engineering - Graham of We Ain't Got No History. Check out his piece on this story here.