The draw for the first knockout round of the UEFA Champions League is complete. The Chels popped out of that giant serving bowl very early on.

Who'd we get, then? Fucking Napoli. 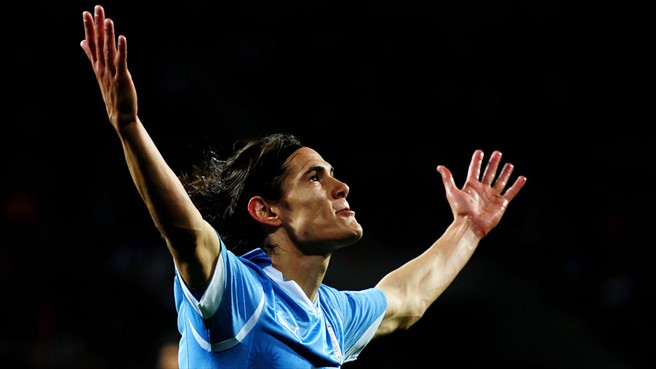 I think we all agreed prior to the draw that all of our potential opponents in the first knockout stage of this competition represented tricky ties to navigate. Napoli, meanwhile, were overwhelmingly seen as the toughest draw we could potentially receive.

Well, there you go.

Here's what we said when profiling each of our potential opponents eight days ago:

S.S.C. Napoli
Perhaps the most dangerous of our seven potential opponents. Actually, they are the most dangerous. Napoli are a stubborn but dynamic side, with an attacking triumvirate (Edinson Cavani, Ezequiel Lavezzi, Marek Hamsik) that rivals pretty much any in world football. These guys can work. Though they’ve been pretty much on a tear in the CL, they’ve been wildly erratic on the domestic front. Naples would likely struggle to break us down, provided we entered the tie in current form, but I’d rather not find out.

So, yeah, this isn't going to be a waltz. Not at all. But, you know, we were going to have to face a team of Napoli's caliber - or better - to reach the final and to potentially win this competition. If we have to do it now, then so bet it.

We're on a great run of form at the moment. Hopefully that run will continue into February and, perhaps with some new faces, we can do what's required to move into the quarterfinals. I don't believe any of us are absolutely dreading the prospect of Naples. We should win, I would think. It's not going to be easy, obviously, but if we do what we can do we should be fine. Carefree, bitches.

If you're still a bit saucy about the draw, there's always this to think about: We could have been paired with Barcelona had Genk not drawn with Bayer Leverkusen on the final matchday. Perspective.