Not too bad a game at the Bridge today. Good fare I say. 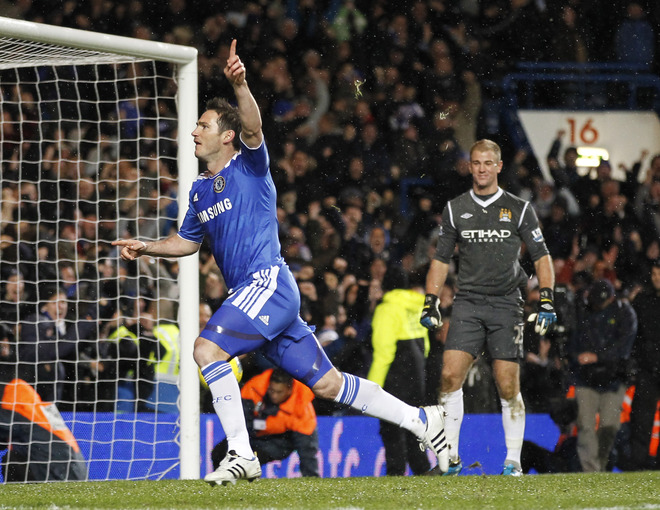 Yeah, that was fucking awesome. Anyone else in need of a new set of vocal chords after that final 30 or so minutes? I sound like Emma Stone right now, and that's not sweet. Not at all.

This was Madness was all right. This was Premier League football at its dramatic best, a game teeming with movement, incident, enterprise and the obligatory refereeing controversy. There was even noises afterwards: tempers in the tunnel capturing the tempest outside.

Anyway. Where to start?

Maybe we should talk a bit about those opening 20 minutes. You know, the span in which we were swept off the park by a Manchester City side that could've been two or three goals to the good by the end of it. What on earth was going on? Well, for one, the high line exposed our chronic lack of pace at the back once again. Andre Villas-Boas himself addressed the approach afterward.

In the beginning of the game we were trying to find the best position for the block. We set out today on a medium block. They were feeling too much attraction to press their short build-up, and in the first ten minutes we suffered a lot. I think we adjusted that, I think the players felt they had to adjust, so they lowered the lines a little bit, felt comfortable with it, and then they gained the confidence.

Thankfully, as AVB said, we adjusted quickly. As it stood at the time, though, we were being overrun by City's excellent high pressure. Sergio Aguero and Mario Balotelli did a great job of swarming the ball early, taking turns putting our fragile defense on the backfoot. It didn't help that we could hardly get on the ball as their midfield was pressing incredibly high up as well. They were simply playing with more confidence and zeal than we were - before and after the opening goal after just two minutes through Balotelli and at the expense of a sleepwalking Branislav Ivanovic.

Needless to say, we needed a spark. Badly. It finally came midway through the first half, in the form of tactical adjustments from both teams. AVB, as he stated, was happy to see his players drop a bit deeper in defense. City, meanwhile, also began to drop their pressure levels. Perhaps fatigue (or conserving energy) played a role in the decision, but I think our steady improvement after such an egregious start also was a factor. Whatever the reason, the move allowed us to finally settle into some sort of passing rhythm, and it didn't take long for us to make a significant positive contribution to the match.

England's Brave John Terry, now with time to pick a pass, boomed a killer one out to Daniel Sturridge down the right channel.  Sturridge, clearly keen to make an impression against his former employer, left Gael Clichy for dead once in the penalty area before sliding a lovely ball across the six-yard box. Raul Meireles, whose inclusion over Frank Lampard once again caused a stir, did his best Super Frank on this occasion by arriving late and slotting into an open net from close range.

I know that you, like me, couldn't believe what you saw. No, I'm not talking about the goal; I'm talking about the pass from Danny. The kid opts to pass rather than shoot from an absurd angle and look what happens. Who would've thought, right?

At this point, the game was, as the pundits would say, finely poised. Though Chelsea had ripped the momentum from City, chances were hardly plentiful. After all, we scored with our first shot on target. Still, there was worry in the visitors' play. There were nudges here, kicks there - it was all rather naughty so close to Christmas. Yaya Toure, in particular, was making a Grinch of himself by picking on wee Juan Mata. How the Ivorian wasn't booked, much less not sent off, is beyond me. 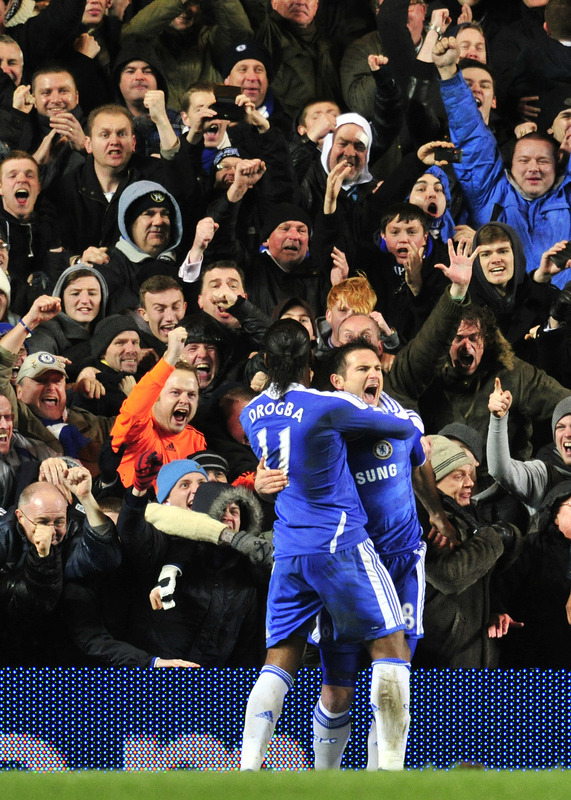 So we entered the interval level at 1 and with the momentum. Could we maintain it?

We opened the second half with a nice push rather than a conservative thud, while City were becoming more and more prone to hacking us down rather than playing actual football. Clichy was booked just six minutes into the half for slicing down Sturridge after once again being embarrassed by the boy. It proved to be a sign of things to come for the former Arsenal fullback. He's rather rubbish isn't he?

Ramires' influence was growing, as was Oriol Romeu's. Romeu was rather tardy in the first half by my account, but slowly worked his way into the match and by the end was calling the shots from his deep-lying role. Nice to see him adjusting his game while dealing with some adversity. Even so, it was Ramires who played a defining role in completing this maddening comeback.

His box-to-box runs are irresistible, as City well know from last season's 2-0 loss at the Bridge. They must have forgot, however, because he was running wild during Monday's second half. Of particular note was his sudden burst on 58 minutes, chasing a lovely first-time layoff from Didier Drogba, that coaxed Clichy into a tackle he never had any chance of winning. Walk on, sir.

With Clichy off, the game was there for the taking. The Bridge was on its head - you could tell from the broadcast just how amazing the atmosphere was - and we were in position to hand City their first domestic defeat of the season. Push like crazy for a winner then? Wrong.

Villas-Boas decided to keep it somewhat conservative, to the chagrin of some, opting for cautious adventure rather than a hapless offensive. It was the right call, even if I was perplexed by the decision as the minutes begin to disappear. AVB was wary of City's threat on the counter, as he should have been. At the other end, we worked the ball around, we reversed, we played the channels and we kept our width. While City were collapsing into a narrow formation that included three holding types in midfield, we were putting together sustained moves that featured a lot of crossing from our fullbacks. A lot of aimless crossing actually.

It didn't look like this approach was going to work, but in the end, thankfully it did. The buildup that led to the penalty lasted 48 seconds (by my probably broken clock) and contained 15 passes. It ended with Sturridge - who was forced toward the inside-right edge of the penalty area with Jose Bosingwa occupying the flank - collecting a pass from Lampard on the right of the box, cutting inside Pablo Zabaleta and then attempting to curl a shot toward the back post. The ball never made it past Joleon Lescott, however, who lifted both arms above his head and batted the shot down. This ain't volleyball son.

Mata was supposed to take the penalty per Villas-Boas, what with Lampard missing one against Newcastle. Super Frank wasn't having that, though. He immediately grabbed the ball and stepped to the spot. The result was undeniable, a howitzer of a strike straight down the pipe that likely would have traveled through Joe Hart had he been in position to make the save. Need a dramatization of what they might have looked like? Peep this and fast forward to 1:14.

There were 10 or so minutes left, however, so we still needed to set up shop and make sure we got the hell out of there with the points. Roberto Mancini introduced Edin Dzeko as a last throw of the dice, but all City could muster in the final stages was a tame effort from Balotelli that Petr Cech gobbled up with much comfort.  The last few minutes wasted away as Drogba put on a show near the right corner flag. He held off Zabaleta and Gareth Barry on a number of occasions. Strong man win, they say. I think they say that.

What a game. What an effort.

That's all I have for you guys at the moment. Be sure to leave some of your thoughts on today's win in the comments section below. Let's have some debate, people. Carefree, bitches.