This just in, and it's amazing: Barca only have first refusal on Romeu

Share All sharing options for: This just in, and it's amazing: Barca only have first refusal on Romeu

Most of us have been quietly, and painfully, waiting for the day when Barcelona shows up at Cobham with a few million euro and trudges back to Catalonia with a monster of a holding midfielder named Oriol Romeu in its pocket. As it happens, that's probably not going to happen. Not unless Chelsea loses its mind in the near future that is.

It's all right, feel free to let out as many jubilant screams as you feel is necessary. 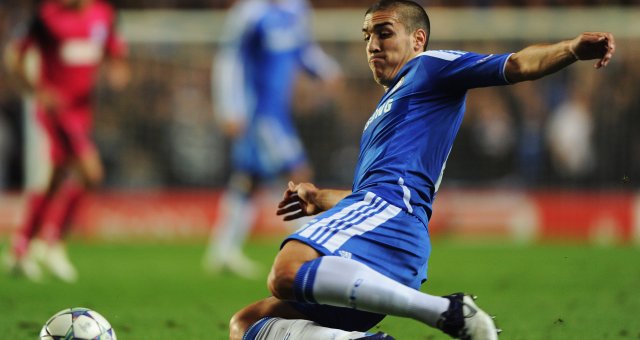 Andre Villas-Boas, during today's pre-Manchester City press conference, took time to address the incessant rumors regarding Romeu's contract with the club. According to el jefe, the 20-year-old's deal does not include a buyback clause. Instead, Barcelona appear to only have first refusal on the young Spaniard should Chelsea choose to sell.

The buy-back option states that Barcelona can only buy back if Chelsea are willing to sell.

Well, this is brilliant, isn't it? I mean, what a fucking deal we got here. That's a bloody steal! Still, it's too bad the club didn't let us in on this little nugget earlier; they could have saved me a lot of unnecessary distress thinking about the day Romeu returned to that wretched lot in Spain. The suits also could've saved us the trouble of having to read every talking head's stance on the subject.

Regardless, at least we now know that this young beast of a player will be remaining with Chelsea for the foreseeable future. That should bring an immense smile to your face. It did mine.

Did I mention how much of a steal this deal appears to be now that this all has been cleared up? Proper business from Chelsea is becoming a growing trend of late. Who would have thought?