Justin Bieber is in Britain for something or other. Girls everywhere are crying. Meanwhile, the singer turned rapper took some time out from making said girls sob incessantly by hauling his 4-year-old girlfriend, Selena Gomez, to Stamford Bridge for a private tour.

And the world wept. 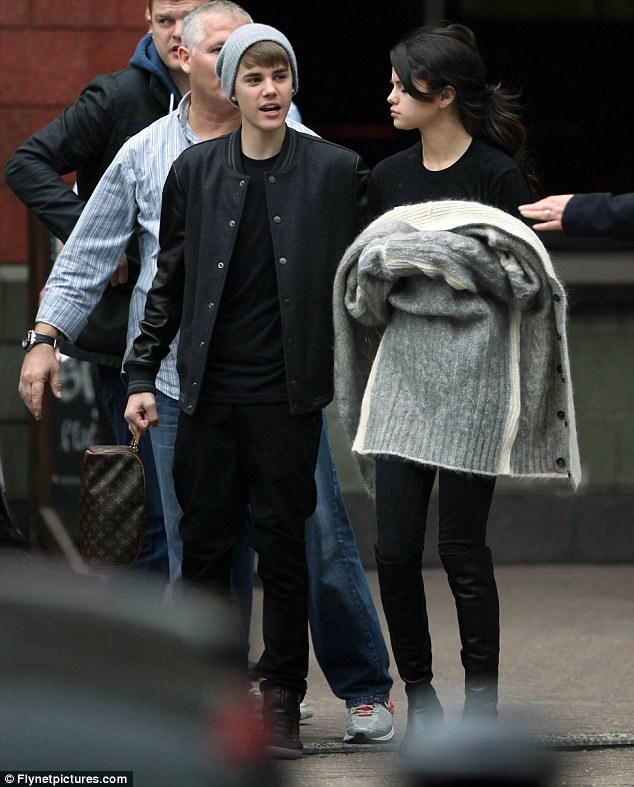 Yes, the above photograph does not exactly lend itself to evidence of Biebs actually stepping foot inside the Bridge. But rest assured (wrong saying here for sure), the kid did indeed make the trip and this photo captures the chipper little power couple leaving our Graceland.

I don't think England's Brave John Terry, the caped crusader or any of the players for that matter were on hand to welcome the pop icon. You know, too bad Bob wasn't in the house. That would have made for one hell of a Caption This! post.

Then again, if I dig a little deeper into this, I might just have an idea as to why the kid was prancing about the ground. Perhaps he's the unnamed party looking at sponsoring the stadium. Dude's got Scrooge McDuck money bin paper after all. Gourlay would love that shit wouldn't he?

There it is right there. Kill me now.