I reckon a run of the mill, ho-hum recap of this defeat - our sixth of the term - would represent the most extraneous of missions. What I really fancy at the moment is a mindless ramble on any number of things that caught my eye during this eyesore of a match. 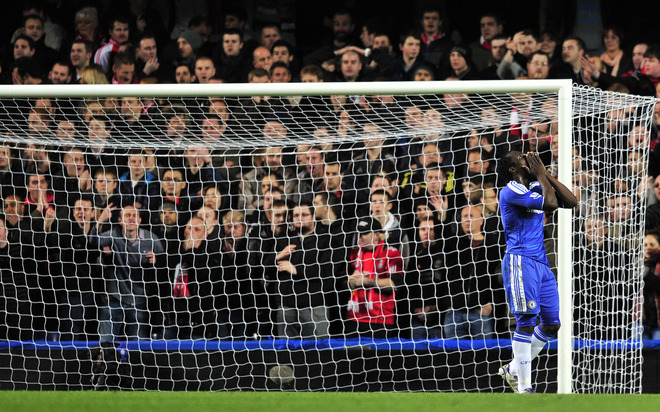 One of those days

On with the musings:

• No need to hold any punches here. Kenny Dalglish simply owns us, unbeaten in 13 against Chelsea. The man has somehow managed to engineer three consecutive wins at Stamford Bridge. That's unheard of. And to think, we once went 86 league matches unbeaten at home. How I miss those days.

• What is with Fox Soccer Channel's coverage of the League Cup? It's bloody awful. As if the grainy, skewed picture wasn't enough, the fact that the footage appears to be stretched from its original feed - meaning we get no running clock or any of the graphics that accompany the match - makes the shit damn near unbearable. I don't know if this is how the competition is presented in the UK or not; either way, something needs to happen asap. Inexcusable.

• I don't feel the need to go in-depth into the match because, really, it didn't seem like, at least to me, that Andre Villas-Boas was putting too much emphasis on winning it. Sure, I assume that he would've liked to win, just like all of us. But it wasn't a priority. The priority seemed to be blooding the youngsters while also getting some of those players on the fringes of the first team some much-needed pitch time. To that extent, he was successful.

• For those freaking out (again) over the result, calm down. Sure, the result is disappointing - who likes to lose, much less to Liverpool - but try to put the game in some context. Look at it this way: It's another game in which AVB got to see how some of these players stack up in various positions; Fernando Torres got 90 minutes; Ross Turnbull didn't fuck up. These are good things.

• As for bad things. How about Josh McEachran? I couldn't be more disappointed for the kid. He had no chance to make even the most remote of impacts after picking up that knock. When did that go down, 15 or so minutes in? Ridiculously unfortunate. Plus, you know, that midfield wasn't exactly the greatest for him to step into. Let's just hope that the injury isn't severe and that we can get Josh out on loan to a quality side in January.

• Speaking of midfields, Florent Malouda really doesn't need to be playing anywhere near one in the future. He just doesn't. At least he hit the crossbar, right? 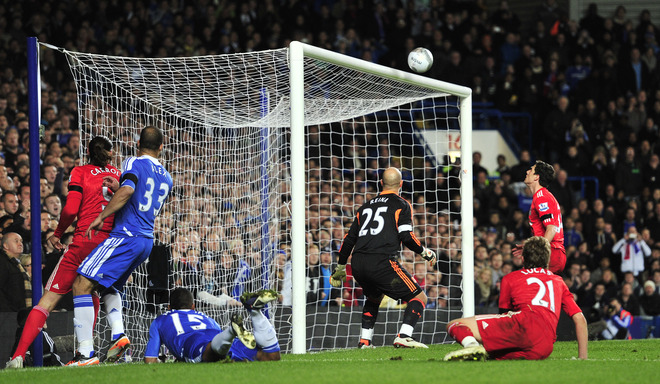 • Is that consecutive matches without a flare-up for David Luiz? Careful, Bob, you're in danger of becoming a normal, boring (good) defender. Nobody wants that. Well, wait, does winning a penalty that wasn't given count as a flare-up? You be the judge.

• Romelu Lukaku was semi-impressive for me. Yes, he is still mighty rough, but the indications are that he will be a handful for a decade to come. He was successfully able to navigate multiple defenders on a number of occasions Wednesday; it's clear he already knows how to use his physical presence to great effect. What he is struggling with is his decision-making and that final ball. I think there was one move that showed what we can expect when he puts it all together, and that was midway through the first half when he controlled the ball well and then burst past Enrique down the left before his low cross toward the near post was blocked behind for a corner. It displayed all the tools. Proper nurturing is needed, but this kid is going to be something in the near future.

• Torres. Was he on the pitch in the first half? Anonymous. He improved in the second half - thanks in large part to him upping his work rate - but, overall, it wasn't promising. That early season run of form seems so long ago now.

• Who is not going to be something in the near future? Alex. What has happened to this man? His latest performance again lends creed to Villas-Boas' decision to shun him during the early part of the season. Normally you could chalk this up to match rust, but I don't think that's the case at all. The Brazilian is just not up to standard at the moment - which, unfortunately, can be said for many members of this squad.

• I love Frank Lampard, but the man cannot be called upon to carry the burden of a midfield anymore. He just doesn't have the creative ability required in this system. He seemed to labor through today's proceedings. There was a pass or three, but overall, it just wasn't clicking. Ramires' introduction gave us some zest, but you can't expect the Brazilian to be the lock-picker, either. I trust AVB has already identified several targets to rectify this pivotal problem.

That's all I got. What did I miss? I wouldn't mind hearing about some of the things that caught your attention from the match in the comments section. Hit us up, people. Until then, keep that blue flag flying high. And remember, we're fine baby. This is a process, and we'll get there eventually. Have faith.