Bison to return before the new year?

Share All sharing options for: Bison to return before the new year?

As you already know, a promising young midfielder named Josh McEachran may be leaving the club on loan in January. Could an injury-blighted veteran with monster upside make his return around the same time? We can only hope. 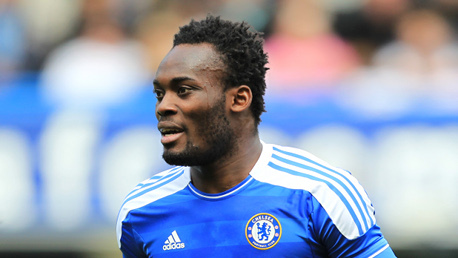 Andre Villas-Boas, speaking today in his customary pre-match press conference, dropped some knowledge on the situations of both Didier Drogba and Michael Essien.

Drogba was to have surgery to remove several screws from his right arm, an injury that stemmed from that broken arm he suffered just prior to World Cup 2010 in South Africa. I think it's safe to assume this procedure has already gone down and apparently it went well. No better time for it to be taken care of, either, given The Mighty One's mighty rush of blood to the dome against Queens Park Rangers that resulted in a three-match domestic ban.

The more interesting news on offer, however, regarded one Michael Essien. Yes, the dynamic Ghanaian who has been ravaged by knee injuries and the last over the last few years. As you will recall, Essien went down with his third severe knee injury in July during pre-season training, rupturing both the anterior cruciate ligament and meniscus in his right knee. Many of us thought it could possibly be the end of the Bison's career.

Far from it. Villas-Boas says that Essien's recovery is going extremely well and that the midfielder could be back before the end of December.

Didier will start training as we enter the second week of the international break and we hope he'll be available for the Liverpool game. Essien is making good progress and we're thinking end of December.

Now, we don't know how long it will take for Essien to regain some kind of form - you know to where he would be an asset to the squad. But still, to hear that he's moving forward and doing so quickly is excellent. Plus, you know, if the man can somehow manage to recover the form he showed prior to Carlo Ancelotti's arrival at the club, then we'll have one of the world's finest back in the fold. Like a new signing, eh?