Share All sharing options for: Andreas Christensen, anyone? (update)

I'm taking The Mail at face value, even though the whole Seyi Ojo thing blew up in our faces, and saying that this is a done deal. A DONE DEAL. More, after the jump: 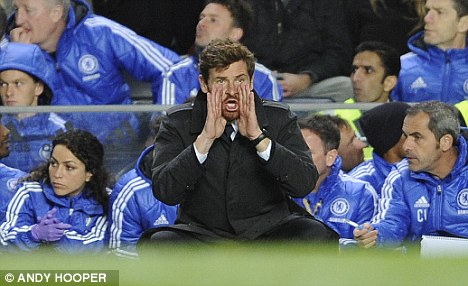 Planning for the future

Not much can be reported about the kid. Except that he's a central defender, and will join an already brimming crop of talent at The Bridge, including Jeffrey Bruma, Tomas Kalas, Nathaniel Chalobah, Nathan Ake, et all. He's 15, and has already been capped at the U-17 level for the Danes. He comes with tremendous size already (6'0) and will no doubt grow into a more imposing figure with time. Chelsea apparently beat out interest from the likes of Madrid, Bayern, City, and United in securing Andrea's signature- with the player slated to join the club in the summer. The offer reportedly includes a job for his dad as a youth coach with the keepers, and the deal includes comfortable housing for the Christensen family. Sounds sweet, no?

Look I hope this is real, but after the Ojo thing blew up in my face, I'm not going to be overly optimistic quite yet. As for the kid himself, I can't find a lick of footage of him doing anything, so I'm not going to gush in advance. But, the limited reports I've found suggest he's calm on the ball and a real physical specimen. Essentially, another three-tool athlete for our defense to have for future use. Seems to be the way forward for our squad, as we've seen a heavy recruitment effort geared toward finding multi-faceted athletes that we can groom into positions at a later date. So before I get ahead of myself, let me just temper any excitement by the fact that The Mail is the one putting this story in circulation. So, for now, with tentative optimism, I'd say welcome to The Bridge, Andrea.

Update: According to this piece, Andreas' father, Steen Christensen, says no deal is in place for his son to join Chelsea at the moment. What the article does confirm, if accurate, is that the club does hold a high interest in signing the player. As always, we'll keep you posted as this potential transfer develops.