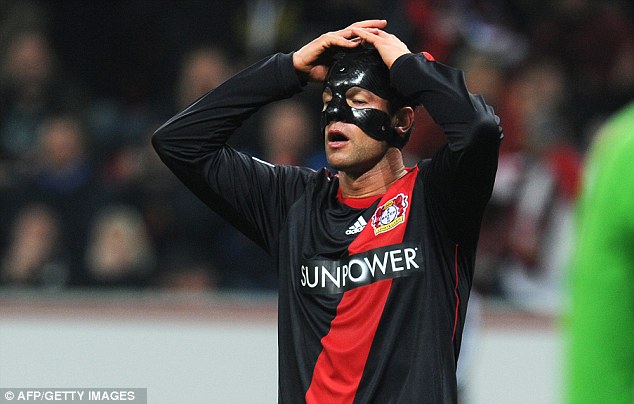 Miserable stuff. Just terrible across the board. It seems to go from bad to worse every day around these parts, and if you're looking for excuses I'm fresh out. There really isn't any excuse that would work though, it's just a damn fact that our squad are playing like a pub team. Our spine is rapidly aging into oblivion (Didier, Frank, John, Pete), and we haven't a clue as to what style we're trying to play. Fuck this style bullshit. Just win some damn matches. Enough with the futile attempt at playing attacking futbol. We haven't got the chops. There, I said it. We haven't the skill, personnel, manager, or anything really to suggest we can pull it off. We just don't. I'm so tired of hearing Andre rationalize this as a 'growing pain' or what have you. I'm so damn tired of losing. I'm so tired of knowing that we're going to lose. I'm so tired of expecting last-minute goals. I'm so tired of knowing we're about to concede (I called the winner out loud thirty seconds before it happened, thus was my level of certainly that we would fuck this up).

You're not getting a recap of the match. Okay you want one? Here's the rub:

So here's the long short of it. We're awful, terrible, pathetic, miserable, and downright shit to watch. Andre, for all his brilliant eloquence, has to admit he got this one terribly wrong. The players, who seem to be immune to criticism, have to own this debacle yet again. The entire defense needs to be overhauled at this rate. I'm not kidding. Slack stamina down the stretch, the dreaded high line catches us out of place for the winner. But, to be fair, you have to lay some blame at Pete for that howler. He hesitated on coming out to clear the pass, and him caught out of position left an open net for Bayer to head the equalizer in. Whatever, I'm just about done with the excuses. Here's my blueprint for fixing this mess.

I have to do it, even though it kills me. So I'll keep it brief.

Bane - 5 - What are you doing charging up the pitch to fire a shot? Defend, son.

Luiz - 6 - Competent, restrained. Surprisingly solid. Our best defender on the day. It all went to shit when he was subbed off.

Bosingwa - 4 - Got forward as much as allowed, did a decent job defending save for a stretch in the second half when he was under immense pressure.

Meireles - 4 - Couldn't pick out a pass if his life depended on it.

Lamps - 2 - Was he even there? Total fucking spectator. That one moment when the ball got stuck at his feet outside the box? Yeah, his best days are in the rear view.

Ramires - 5 - There's nothing spectacular about his game, he just runs his ass off. That's why he always finds himself in good spaces.

Sturridge - 6 - Man of the match for me. Ran everywhere, dropped deep to collect the ball, cut inside off the right, threaded passes, teased crosses, took shots. Ran past defenders like statues. More of this please.

Juan - 4 - Ineffective in the CL to date. Doesn't have the same ability to dominate as he does in the PL, which is odd. I suppose the Bayer size did a number on him. No homo.

Didier - 4 - Sure he scored, but what about the shot he missed? Deserved a penalty, but haven't we learned our lesson not to count on the refs? Seriously?

Malouda - 3 - Made a difference but couldn't pick out Didier. Should have done better after getting put clean through by Bosingwa.

Alex - 2 - My word. Atlas, you've been exiled for good reason. No confidence at the moment, and total plodding display.

Mikel - 0 - Didn't do shit. As you would expect with 10 minutes left when we're chasing a game. Brilliant substitution there, Andre.