Tweet of the Day: Oh Bob, how we love thee

"(David Luiz plays football as if he is) controlled by a 10-year-old in the crowd on a Playstation."
-Sky Sports pundit and all-around good guy Gary Neville 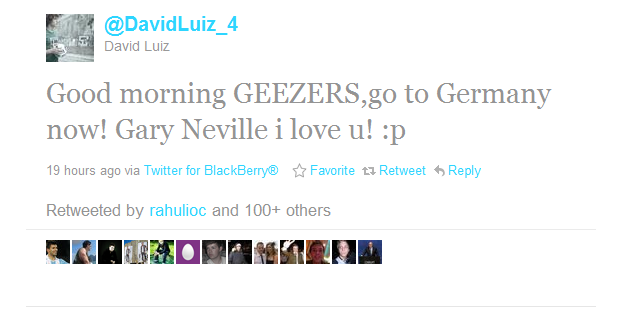 How can you not love this kid?

Speaking of Bob, Andre Villas-Boas jumped into the fray today amid the plethora of criticism the young Brazilian defender has been receiving of late.

Look at Gerard Pique – it didn’t work for him at Manchester United, but he went to Barcelona and has become one of the best in the world. He was criticised at United, I’m sure, but look at him now.

Hear, hear. I just hope this doesn't mean Bob is to take his talents to España in the near future.