Share All sharing options for: Update: Ojo Signs for Pool 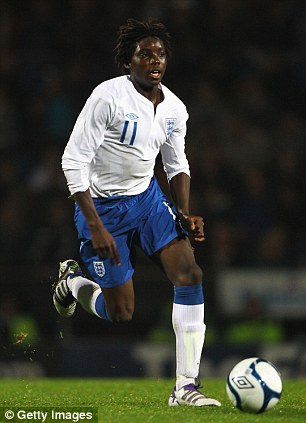 Well color me surprised. It seemed that this bit of business was all done and dusted last month. Now comes the revaluation that Seyi Ojo has, in fact, agreed a deal to join Liverpool. The 14-year old deemed that his future would be better served on Merseyside, hence the change of heart. But it begs several questions:

It's not so much a terrible thing to lose out on a hot prospect, but I suppose it's even worse when said prospect winds up at one of your 'rivals' camps. Look, I hope the kid matriculates and turns into a stud someday, and then promptly packs his bags and heads to a nouveau-riche club to earn 250K a week. But, I'm still a touch flabbergasted by this whole circus. Can't fault the kid for his choice- I mean, he is 14. You'd have to investigate the people around him before making any determination on who would be responsible for this decision, and it appears, according to MK Dons Chairman Pete Winkleman that:

'This is the opportunity of a lifetime for Seyi and his parents which has proved far too difficult to turn down. Everyone at the club would like to wish Seyi the best of luck and we all look forward to the day he runs out at Anfield.'

I suppose then, it's all over on this one. Whatever. I'm not lamenting this in the slightest. I'd just rather learn what the truth is here with the supposed 'done deal' from a month ago.