Well, certainly not breaking news by any stretch but just in case you forgot the QPR debacle, lord knows I've tried, AVB has gotten his charge for 'improper conduct'. More, after the jump: 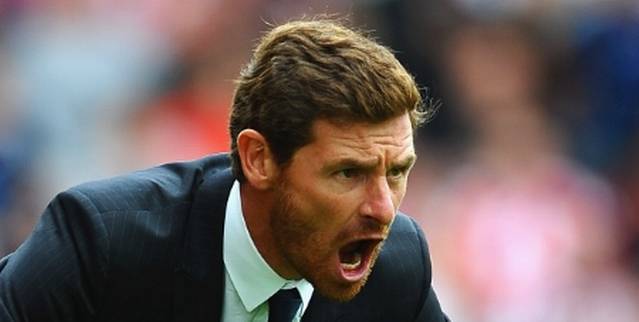 Got Cases for Days..

So it's not exactly the FA related news we were expecting, but still, I guess it matters? Anyway, Villas-Boas got hit with the charge after his fuming post-match interview in which he called Foy and his crew "card happy" along with an expletive-laced tirade after the final whistle. Yeah, shit got real there for a few minutes. He went on to say that Foy "conceded" to the crowd and let emotion dictate decisions instead of reason. His final assertion was that three matches in a row were decided by poor officiating. Again, not exactly revelatory stuff, nor inflammatory. But alas, the FA, that bastion of nobility and all that is right with the world, has decided to slap him on the wrists. He has until 4 PM local time Tuesday to respond to the charges, and I'm fairly certain he'll take the chance to make his case in writing.

On another note, rumors have been swirling for the last two days that our own Daniel Sturridge is in advanced negotiations with the club over a new deal which will tie him down for another 5 years, while increasing his buyout clause and his weekly pay packet. The new deal would see his weekly income rise from 60K to 90K- not bad at all. Certainly the 22 year old is a prodigious talent, and will be an important part of any future plans the club may have. It makes total sense to tie him down now, especially before the January window rolls around and some ridiculous bids get launched in our direction. There are no sources that I trust though, so stay tuned for any official word the club might put out.