Share All sharing options for: News bulletin: A hearty congratulations to Super Frank

Big day for our veterans, past and present. Remember them. Big day, also, for Frank Lampard who was named England captain for tomorrow's friendly against Spain at Wembley.

It will be Super Frank's second time captaining his country. Congratulations, my friend. 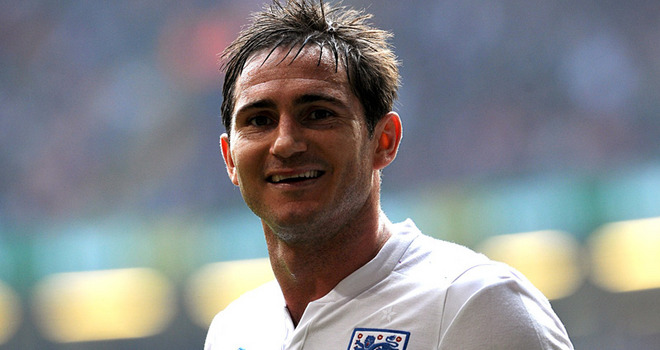 Elsewhere on a Friday:

This is to be expected. What I might add here, however, is that Chris Foy continues to go about his business without even the slightest bit of criticism for his display.

The club have until Tuesday to appeal, though that would seem futile. Could be a fine or even an extended touchline ban for Villas-Boas if the FA are feeling saucy. But, after seeing the replays of Foy's performance by the men in charge of these type of decisions, I can't see that being the case. We'll just have to wait and see.

Chelsea's Under 18 side will play at home to Doncaster Rovers in the third round of the FA Youth Cup. The date for the match has yet to be confirmed but all third round ties are to take place by Saturday 17 December. The venue will be Staines Town FC. This is the stage at which Chelsea, winners in 2010 and semi-finalists last season, enter the competition. The FA Youth Cup is now in its 60th season. Chelsea have lifted the trophy three times.

We were winners of this competition in 2010 and advanced to the semifinals last season. One would expect another extended march through the tournament considering the amount of established talent we have in our Under-18 team.

Another reason to check this one out? Other than witnessing the likes of Islam Feruz, Nathniel Chalobah, Nathan Ake and Ruben Loftus-Cheek amongst others?