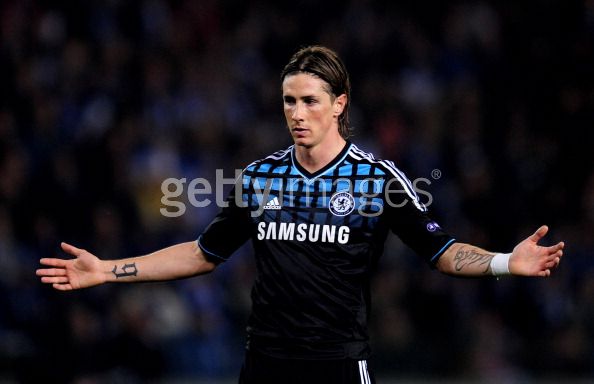 Winless in three! A wretched second half in Belgium follows our absolutel capitulation after halftime against Arsenal. Cue the crisis talk, my friends.

A decent enough first half - ravaged with wastefulness - gives way to a phoned-in final 45 minutes that cost us the points in Belgium. Fair play to Genk, who, contrary to their hiding at Stamford Bridge, a had a right go of it at home. Kevin De Bruyne looked the part of a proper Chelsea target, while the rest of the side showed near fear against a Chelsea team clearly short on confidence.

Fernando Torres faded badly after the break, and is likely to catch his share of stick from the world's utmost journalists. Fuck 'em. The man created five scoring chances on the evening, including an eye-catching assist for our lone goal (via Ramires). Still, it was a poor night all around. Again.

Andre Villas-Boas has some serious climbing to do in the coming weeks. Here's to hoping for a more fluid, aggressive and complete display against Blackburn on the weekend. Until then, have a vote in our man of the match poll and then, you know, leave a word or two in the comments about what you thought of the match. Who caught your eye? Who didn't? (Flo Malouda)