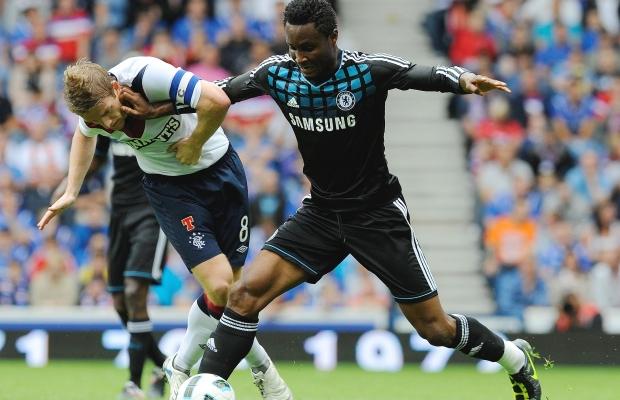 Hanging out in January

Apologies for not getting this up early. Most of us were doing the full-time job thing when the news broke. Me, I was doing some low-rent promotion at a local mixed martial arts event with a good friend.

Anyway. That idea of us being a bit thin in the middle of the park come January has now been chucked out the window. Ibrahima Diallo struck in added time to earn Guinea a 2-2 draw in Group B on Saturday, thus exiling the Super Eagles from this January's Africa Cup of Nations. Damn son. Samson Siasia out!

While The CO does feel for Nigeria supporters, we're not complaining about this turn of events. The Eagles' plight allows our underrated holding midfielder to hang around at the turn of the year when we might just need him. Hell, we always need Obi Wan. With Michael Essien's availability remaining up in the air, Mikel is just that more pivotal. We're basically carrying he and Oriol Romeu in that position. Don't mention Raul Meireles, people.

That leaves only Salomon Kalou and Didier Drogba shipping out in January. And, you know, Drogba may not be making the trip to the home country, either. The Mighty One was dropped for the Ivory Coast's final ACN qualifier against Burundi that is going down Sunday after he arrived late to camp. He was also stripped of the captaincy and told to head back to London. Weird. I totally expect this to blow over, but in the now, it's a bit of a blow to Drogba. Still, the man is an African icon and he's going nowhere.