The Return of Sam Hutchinson

Share All sharing options for: The Return of Sam Hutchinson

For many, Sam Hutchinson represents a specter of a foregone era at The Bridge- a time when Jose Mourinho ran the roost and everyone wondered if we'd ever produce an academy star, to rival the likes of John Terry, after years of significant investment. Currently, we're replete with inventory when it comes to young prospects, but once upon a time, this wasn't the case. In those days, the discussion amongst die-hards centered around Michael Mancienne and Sam Hutchinson, the two English-born, Chelsea-groomed candidates for eventual ascent to the first team. While Mancienne's career involved a litany of loan deals before his eventual departure this summer to Germany, Hutchinson's tale has veered towards a darker path. Forced to retire last year after a debilitating string of knee injuries, everything seemed to come to a halt for a player many felt could make the leap. But would that be the end for him as many thought? Apparently, not. More, after the jump: 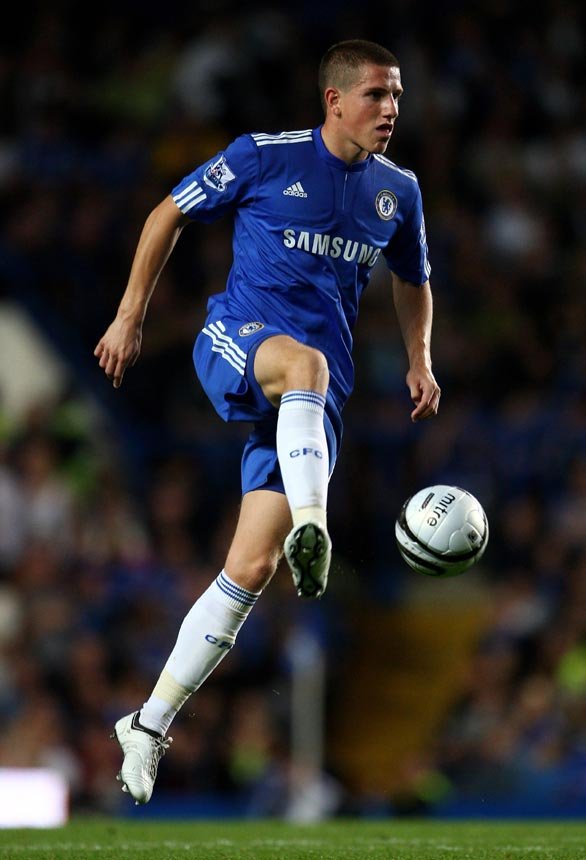 An official statement by the club released in August of last year confirmed that Hutch called lights on his professional career after yet another flare-up with his trick knees. It appeared that a degenerative condition in his right knee that caused the enamel behind his patella to wear away was the root cause of the decision. The club, in what could be considered a very considerate move, stood behind Sam in his choice, offering him the opportunity to continue working and rehabilitating at Cobham while pursuing a university degree in psychology and his coaching badges. It seemed, that though the end was nigh for Hutch as a footballer, he had options that would allow him to continue his involvement with both the players and the club into the future. So it came as a surprise to many this season when his name began appearing on the team sheet for the reserves. At first, we thought it was just a test, to see if his creaky knees would hold up to even the most minimal of pressures. But the minutes began to increase with time, and currently, Hutch is captaining the reserves this season, putting in 90-minute shifts and mixing it up in training regularly. How then, did he suddenly return to the fray?

The answer could be rest. Forced into exile for several months, the enamel behind the patella began to improve. Coupled with a string of intense rehabilitation workouts designed to strengthen the muscles around the patella, Hutch worked his magic to convince academy director Neil Bath to give him a run out earlier this summer. Though Hutch never received an insurance payout during his retirement, his knees make his contract and career almost uninsurable- meaning he runs the risk of injuring himself on his own dime. Thus is the love for the game in his heart that he's out there right now, attempting to walk the long-road back without a safety net. A quote from Neil Bath pretty much sums up the sentiment of the club surrounding Hutch and his retirement situation:

"The club looked after him because it was an emotional time for him and his family. At 21, with a place in the first team within touching distance, his career was over. He did some coaching, but the trick was to get him away from the training ground to clear his head. He went swimming, played tennis and golf, just to do something else" - Neil Bath

It's too early to begin the discussion of handing Hutch a new contract, a fact that both he and the club's hierarchy are well aware of. But, it will be fascinating to watch him develop over the course of the year. There continue to be many within The Bridge that believe he can continue to be an effective player, provided he is given time off to rest his knees in between matches and has a lighter training schedule to handle (a la Ledley King and Arjen Robben). For someone so dedicated to his craft that he's risking his future by playing on his own accord, I have to give him tremendous props. It's never easy to come back from an injury, and even more psychologically damaging to be forced to call quits on a career at the tender age of 21. I'm pulling for Hutch, seriously. I want to see him climb the mountain and make his way into AVB's first team plans for the future. We currently lack a natural right-back in the youth mix, and it would be a treat to see if Hutch can claw his way back into consideration.

Whatever becomes of him though, will be enough in my eyes to warrant respect. Even if he never quite matriculates to the first team, he will always be considered a warrior for enduring what he has. Fingers crossed for the best, as he fights on in this quest to regain his rightful spot in the rotation. (Sidenote: after the news yesterday about the impending departure from The Bridge, and the hostile negotiating tactics of the club against the CPO, it's nice to realize that we still have a heart).