So while everyone is fretting over the merits of the John Terry 'race-row', we still have the small matter of a match tomorrow. Against Arsenal. At the Bridge. You know, that stadium the fans fought so valiantly to keep in their control. More, after the jump: 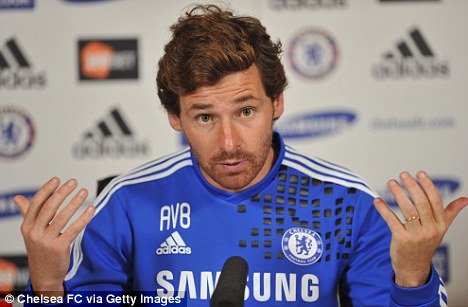 The Business At Hand...

First, an apology. I wrote a magnum-opus of a preview this afternoon, only for WordPress to deem it appropriate to trash my entire piece. Balls. So, what follows is a watered-down version of what existed before. And, in keeping with the theme of things falling apart, I'll do my best to talk about the Arsenal back line. Ha, I went there.

We enter the fixture with Ramires back in contention, along with Jose Bosingwa, Ashley Cole, and Fernando Torres having served their suspensions. Didier Drogba is still out on a red card, Hilario has the flu, and Essien is walking wounded. Nothing we didn't already know. Arsenal meanwhile, are without Keiran Gibbs, Jack Wilshire, and Carl Jenkinson. But, Thomas Vermaelen could make his first start in the PL with this match. Our last encounter with the Gunners was a disappointing 3-1 loss at the Emirates in December of last year- a match which saw us fall behind early in the second half, only to rally with a headed goal from one Ivanovic. But on the flip side, we've lost only three of our past nineteen encounters with the Gunners. Solid stuff.

Seems straightforward on paper, a simple London derby to follow our two matches (both of which we played shorthanded). We're obviously stretched on fitness and fatigue, but this one will have to be of the utmost importance. Points come at a premium at this stage in the campaign, and we can ill afford to drop another three. We need everything we can get to make up the lead United and City have stole on us. So, there's that. On to the specifics:

Why: As said above, points come at a premium. It may still be early days, and there are 28 more chances after tomorrow to claim three points. But it's Arsenal. And Wenger. Fucking Wenger. So, a win would be a nice elixir to calm the nerves after two gritty performances. Plus, the taste of the QPR mess is still lingering, and it would do everyone a great favor, JT, AVB, the club, and the fans, to put a win in front of the CPO mess and the Rodney King circus that seems to follow this club everywhere we turn.

Them: In their last match, Arsenal fielded a 4-2-3-1 formation to great effect in defeating a resolute Stoke City side. Chamak was preferred up top, while Van Persie was rested. Meanwhile, Gervinho and Walcott provided the width, with Ramsey filling the space in between. In the midfield, Arteta was paired with Song, the latter providing the shield with the former working as a deep-lying playmaker. But, as is customary with all Arsenal attacks, this was a very fluid system that involved a lot of interchanging and overlapping. Often, Arteta would swap spots with Ramsey, Gervinho played a lot through the center instead of hugging the touch, and Chamak played with his back to the net, often dropping into the midfield to provide outlet passing. As is customary, the game tilted on its axis when the creative midfielders had adequate space and time to pick out a pass. Give them inches, and they will make you pay. We can wax philosophic about their supposed 'demise' around these parts until we're blue in the face, but the fact remains that they have enough quality to hurt us if we're lethargic. Time on the ball and possession will be influential in deciding how this one swings.

The good news for us is that they are on a miserable run away from home- with defeats to Liverpool, United, and Blackburn on the cards. They'll be looking to right the ship, and everything they do is predicated upon RVP's ability to finish. He's scored six goals in his last four league starts. Clinical. The issue won't necessarily be locking him up and throwing away the key- rather, it will come down to how well the team tightens the reigns and prevents the passing and width movement system that offers forward supply from happening. Again, possession will be the name of the game here, which is why I'd expect AVB to field a strong, experienced squad for this one.

Us: Where do we start? How about the red cards. Look, we can make what we want out of the officials (Andre Marriner has been called into duty for this one) but it won't change the fact that we've collected a shitload already. For a side that two years running was one of the most disciplined in the the land, we've come undone a touch. We'll need to curb that overzealous nature if we are to prevail, which is why I'd expect one David Luiz to be taking a seat on the pine. Elsewhere, Fernando Torres can be expected to lead the front three, with the remaining striking options either out of form, suspended, or a tad to inexperienced to make the start (I'm looking at you, Belgian Beast- your time will come). I'd expect Mata and Danny to flank him, with a midfield three of Lamps, Obi, and Ramires. In the back, it's elementary. Ash, JT, Bane, and BAWSE. You already know. 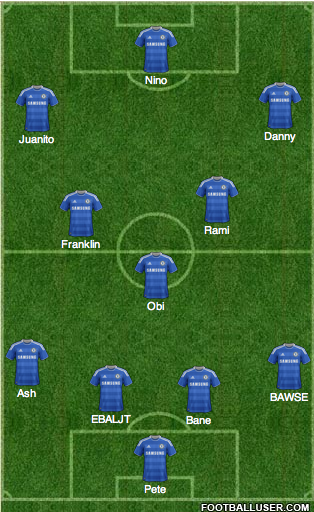 Things we should be wary of:

I won't touch on the CPO or the Terry-gate now, because this will rapidly expand into a diatribe that I lack the wherewithal to deal with. But on a lighter note, remember this friends:

As always, Carefree and KTBFFH. I'd write more but I'm jaded by the Wordpress fiasco of earlier. Oh, and by the way, whether or not you voted for or against the CPO, tomorrow presents the first of many chances to put the matter firmly in the rearview and move on. Support the club, be loud, sing with your hearts, and remind those Arsenal ass clowns what we're made of. Throw some celery. Light a car on fire. Whatever. Just make your presence known and get behind the squad. It's not their fault that Roman wants to move. It's bidness. Just bidness.