Last week, Twitter was abound with rumor that Swansea City were interested in taking Josh McEachran on loan come January. Today, the inside sources were proven correct. Swansea manager Brendan Rodgers confirmed Thursday that the Premier League new boys are hot for Josh, and are likely to make an active move for him in the new year. 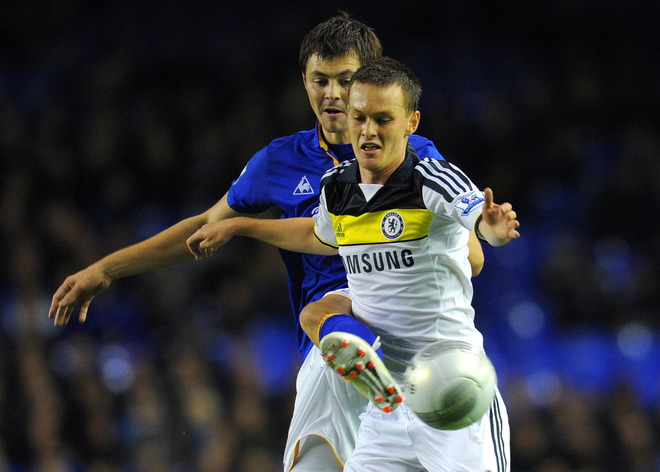 In need of match time

I need to have a conversation at length (with Chelsea). Josh is not playing at the moment, he is on the bench, although he played (against Everton ) last night.

He is a wonderful talent and the positive thing is that clubs see Swansea as a club that can develop such talents. He has a big future, he played in the same team as my son right through the system at Chelsea and has kicked on since he turned 14.

He has got great vision, he is a terrific footballer and he needs to play in a certain system. I think (Chelsea manager) Andre (Villas-Boas) and (sporting director) Michael Emenalo understand he will need to get some games and when that moment comes he is certainly a player who would do terrific here.

All we can do is our best, we try to be in the market for the very best players. We don't have the finances to buy such players but if it allows us to loan players then I would be confident in what we could give such a player.

I think many of us would agree that we'd ideally like to see McEachran remain at Chelsea and receive a fair amount of playing time in both league and Cup competitions. He's talented enough to feature for us from time to time. Andre Villas-Boas appeared to share this same view prior to the season, when he rejected a potential loan move to Wigan for the 18-year-old, but has since reworked that perspective.

Villas-Boas admitted that a loan move was a possibility last week and, judging on the amount of time McEachran has received thus far this season, it would seem to be the proper move. Sure, Josh was good against Everton last night but it's unlikely that performance will result in a drastic change in his situation. Maybe it will, but I doubt it.

Swansea represents a great option for him, as they are an attacking side who function best in a 4-3-3 (similar to Chelsea). Rodgers obviously has ties to Chelsea, and has proven to be astute with young talent since joining Swansea. Just look to former Blue Scott Sinclair for evidence.

So, yes, this deal looks promising on paper. Whether or not the clubs make something happen in January remains to be seen. Who knows, maybe Josh will thrust himself into the first-team picture over the next month and blossom far quicker than any of us imagined. That would be some sight, eh?