With just a few days before the CPO shareholders meeting that could determine the fate of Stamford Bridge, Chelsea executive Roy Gourlay discussed the potential sites that the Blues would be interested in relocating to:

We have looked at three sites and the doors are not shut on any of them.Not in any particular order there is Battersea and just east of Battersea there are a couple of sites down there that have the acreage that we require. There is White City which is complicated because for the land there are about seven owners, and there is Earl's Court.

We would need to act quickly because two of the sites already have planning applications against them, the Battersea site and Earl's Court.

Let's take a look at the sites in a touch more detail after the jump... 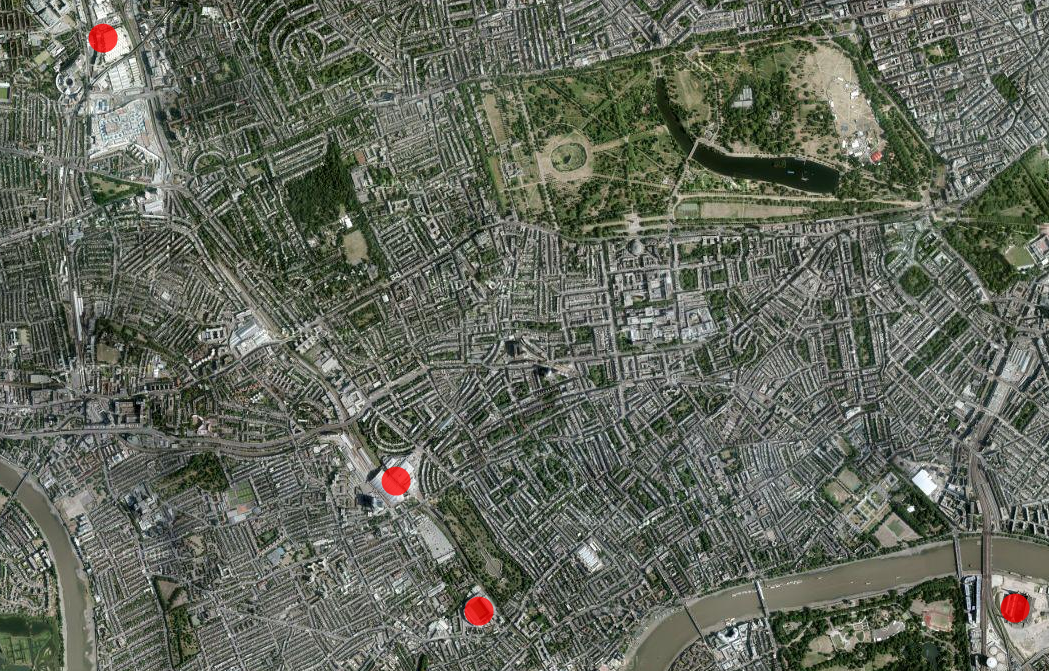 From left to right, that's White City (not entirely sure where Chelsea would try to build a stadium, but that's the general area), Earl's Court, Stamford Bridge and Battersea Nine Elms.

It's a little bit weird that the Blues would be willing to go to White City - that's Queens Park Rangers territory anyway, and I don't think I know any Chelsea fan that would be willing to accept a move there. Battersea and Earls Court are far more palatable choices, but there's going to be a little more difficulty in getting them if the planning permission problems Gourlay mentions are true (I had no idea that Battersea was being looked at by developers, but admittedly I've not being paying much attention).

It sounds like if Chelsea move that they'd be confident of filling a 60,000 seat stadium (Bruce Buck mentioned that it could serve to lower prices as well, which wouldn't be too much of a surprise if they're having trouble selling it out) at any new site and you'd have to imagine that they know what they're talking about there. Honestly, the idea of a 60,000 seat stadium incorporating Battersea Power Station would fill me up with something approaching vicious glee, and if that's the plan I am so for a move that I would personally shave David Luiz to get it done.

What think you all?