After negotiations failed in August over a potential transfer, Genk gaffer Mario Been has re-ignited the flame, suggesting a move to London is still possible, provided the fee is right. More, after the jump: 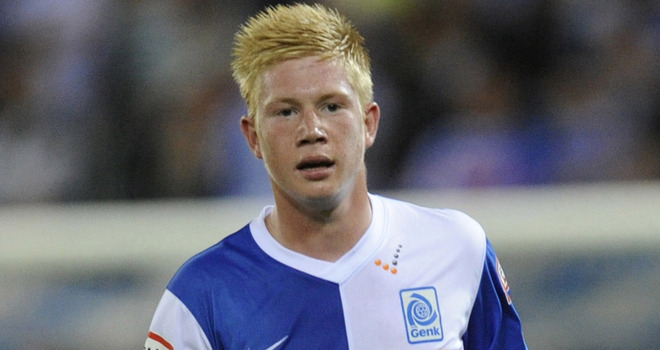 Earlier this morning, reports and quotes attributed to AVB surfaced which included his outright praise for De Bruyne, who he labeled as an 'interesting' player with the versatility to play wide on the left, or more centrally. AVB also made mention of DB's technical ability, which he remarked as fantastic for someone his age. All good things. Now, comes the report that Genk would consider doing a deal with Chelsea, provided the cash is in place. While no number have been put out there, it is an encouraging sign for the future that both parties are on such amicable terms. De Bruyne had lobbied in the summer for a move to London, and openly criticized Genk management for failing to negotiate suitable terms. An injury forced him to miss much of the early part of the campaign, but he is in the frame for a return to action tomorrow evening in London.

He's certainly one to watch going forward. Although I'm not sure we need another left-side solution, it will be interesting to watch how this one develops between now and next summer. As always, chime in and let us know your thoughts. Is he the poor-man's Eden Hazard, or just another diminutive winger that will fail to make a splash in England? Say your peace.