Share All sharing options for: Hey, it's more 'news' on Luka Modric 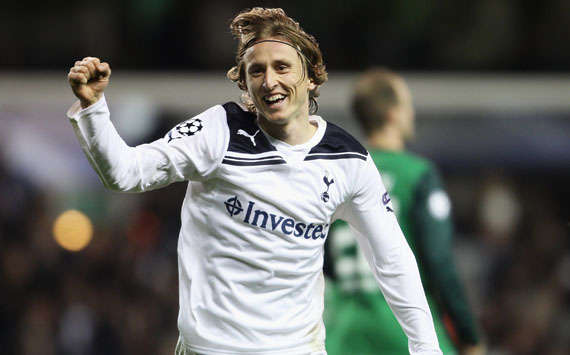 This time we have the Sunday Mirror reporting that Modric has stalled on signing an improved contract offer from Spurs. Modric, they say, in addition to still casting a loving eye toward Chelsea, wants assurances that Harry Redknapp won't bail for the England job after Euro 2012.

Plus, you know the contract terms offered by Spurs are around half what Chelsea would offer. That's a whole lot of money he'd be missing out on. We as fans are known to condemn players for seeking that extra guap, but when you look at the gap between those two offers, one can somewhat understand why Luka would be turned by that kind of dough. Plus, you know, there's Champions League football to think about, too.

All this comes on the toes of the Daily Mail's report that 'unsettled' Modric has had it with Spurs' aging training techniques. Straight out of the Stone Age, he says. Uh oh.

It's all irrelevant, isn't it? I reckon this Mirror piece, as with so much other media prose surrounding this particularly story, is baseless dross. Still, gotta think that the Luka to Chelsea speculation will be back with a vengeance come January. I wonder what will come of it.