I figured out why the club haven't been taking these CPO protests seriously. They're too busy bidding for young talent in 45 minute stretches. Yes, yes we are. More, after the jump. 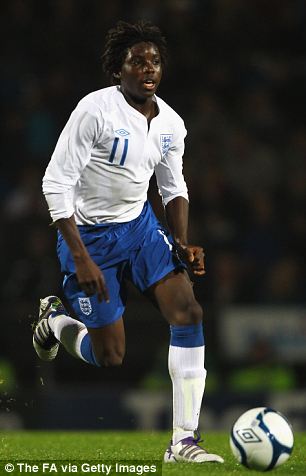 Worth his weight in gold?

Well, this came out of left field. According to the Daily Mail, Chelsea have succeeded in securing the signature of MK Dons starlet Oluwaseyi Ojo. Apparently, Ojo is a 14-year old sensation, and cost us £2 million quid. Say whaaaaaaaaat?

Yeah. That was my reaction too. Look, I'm all for the business of buying young talent assuming they're actually getting a chance to break through the ranks (which we have every indication they will now that AVB is at the helm). And, I'll admit, I'm delighted by the direction our transfer policy has taken since the summer, swooping for teenage sensations and whatnot. It's all a bit speculative, sure, and we don't exactly have the best track record when it comes to matriculating young talent, but based on the sheer volume we've acquired, someone's gotta break through, right? Maybe Josh will be the first, but if you believe what the Mail is saying, Ojo could be well on his way.

Now for the dramatics. According to the source article, Chelsea made a staggering three bids in a 45-minute stretch during the young lions match in Chesterfield on Wednesday. Yes, you read that correctly. It would seem his talent was too good to pass up- and with scouts from United, City, Arsenal, and Liverpool in the stands, the club acted with the quickness. Ninja status. After having a first bid rejected, the club immediately returned with a second, before closing the price tag and sealing the deal. Pretty impressive bit of business if it's true. Ojo claims his football inspirations are the Barcelona trio of Xavi, Iniesta, and Sex Fiberglass. If he turns out to be even half the players these lot are, I'd say it's money well spent.

So throw him into the youth mix and see where he pops up I say. The price tag and his age suggests the talent is there to develop- it's more a question of time and patience then anything else. Here's hoping you make it, Ojo. I want to buy your kit in 5 years time.

Oh, and welcome aboard.