Perhaps, like me, you missed this earlier in the week. Nevertheless, at least we did come across it eventually.

There has been an immeasurable amount of talk since Chelsea revealed its proposal to buy back the Stamford Bridge freehold from Chelsea Pitch Owners. This topic has been as polarizing as any in recent memory with regard to the club, and much of the talk has been under-informed at best thanks to a lack of real concrete material from which to draw.

Thankfully, the club have decided to offer some insight into many of the questions supporters such as us have had since news of the proposal broke. 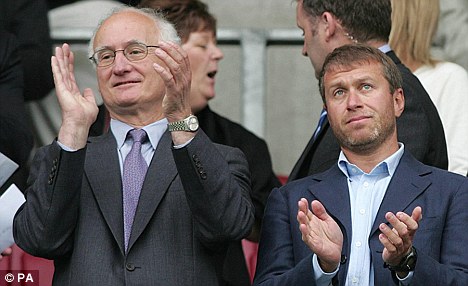 Everybody clap yo hands

Below are a few answers of particular interest. Be sure to check out the article on the official website to check out the club's response in full. Of note is Chelsea's answer to those who have been asking for significant proof that Stamford Bridge cannot be expanded. That, for my money, is a good, and seemingly fair, response.

Isn't the proposal against everything that CPO was set up for?
No. CPO was set up to stop property developers evicting Chelsea FC from Stamford Bridge against its wishes, which had been threatened during the 1980s and early 1990s. CPO was never intended to hinder the club by restricting its ability to maximise its income.

Why can't the club wait until a site for a new stadium is known and reveal it before offering to purchase the Stamford Bridge freehold from CPO?
Because no owner of a potential site would enter into extensive negotiations or agree a deal with Chelsea FC unless it knew the club could deliver on that deal, and the club couldn't guarantee completion of the deal without certainty over the subsequent redevelopment of Stamford Bridge.

Can the club provide proof that possible expansion of capacity at Stamford Bridge has been properly investigated?

The club has worked with several architects firms looking for ways to redevelop each of the four stands at Stamford Bridge to increase capacity.

If the East Stand, which was built in the early 1970s, were to be knocked down and redeveloped then there are two significant obstacles. A new stand would have to cantilever over the railway track. Standards regarding safety have changed since the early 1970s. The angle of the current stand is very steep but if it were rebuilt then the angle would have to be shallower to meet today's standards, with many seats significantly further from the pitch than they are now.

The Shed End stand at the south of the stadium cannot be expanded because of the hotel and the flats behind it. Rights to light and shadowing issues also preclude such a development.

For the Matthew Harding Stand at the north of the stadium, health and safety rules requires that in an emergency the whole site is cleared in eight minutes and we are restricted with Fulham Road being our only exit. Any additional people at the north end would have to go the furthest to reach the Fulham Road exits, so it is very unlikely planning permission would be granted, as we are virtually at our capacity limit for emergency egress. Rights of light and overshadowing issues for Brompton Park residents also cause planning difficulties.
Over the years it has been suggested a walkway should be built along the railway lines from the north end of the stadium towards West Brompton. That has been looked into, and was rejected at a public inquiry as the long narrow route is considered unsafe in the event of an emergency. We have not applied for planning permission for a walkway to Fulham Broadway station as the council has already said they would reject it for safety reasons.

The West Stand is of a height that is already the maximum allowed by planning regulations, in terms of rights of light overlooking the Stoll Foundation housing.

The club has looked at tearing down all four stands and at turning the direction of the pitch by 90 degrees but neither plan makes sense because again it should be emphasised that the site is less than12 acres and it is generally considered that to build a stadium from scratch with a capacity of 55,000 then approaching 20 acres is needed. A major reconstruction at Stamford Bridge also raises issues as to where the club would play during the two or three seasons that Stamford Bridge would not be available.

That's all I'll offer here. Again, be sure to check out the article in full at the official website.