A host of Chelsea players are in action today for their respective countries as qualifying for next year's European Championships comes to a close. Some, including Branislav Ivanovic, are in for a nervy couple of hours.

Rant it up on an international level right here. 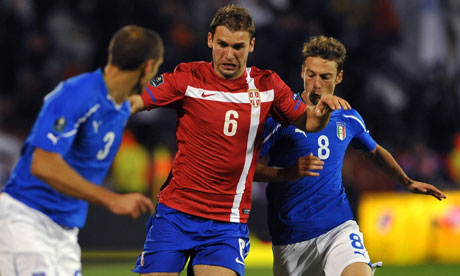 What to follow on this day
Group A
Germany v. Belgium
Belgium are in trouble. They are level on points with Turkey in second, behind ze Germans. The Belgiums are currently trailing by two goals entering the second half, a half that sees Romelu Lukaku in the mix.

Group C
Slovenia v. Serbia
Serbia need a win to book a playoff place ahead of surprising Estonia. A draw simply will not be enough.

Group D
France v. Bosnia-Herzegovina
Les Blues need only a point to secure the perch in Group D. They need to do so, in wake of the disaster that was World Cup 2010.