Danny returns to the place where he somewhat realized his full potential. Bolton, in a league free fall, will not be interested in seeing his face again. Well, that is unless he joins Gael Kakuta in that egregious Wanderers garb on the hosts' side of the stands. Stop day-dreaming, Owen. 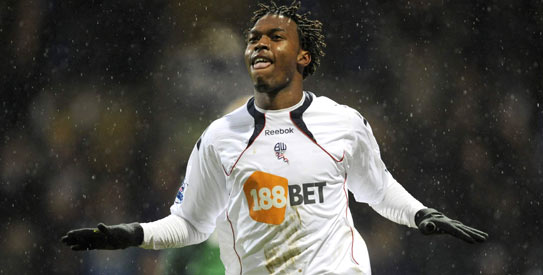 The draw in midweek was a not-so-mild disappointment. A ponderous opening half of play gave way to an excellent final 45 minutes in which we were woefully unlucky not to leave the Mestalla with a valuable Champions League away victory. That result should be a key motivating factor entering tomorrow's Premier League fixture at Bolton.

Wanderers are not exactly lighting up the Premier League at the moment, but that's not really an accurate portrayal of what this team has in the tank. At least I don't think so. We must be wary of their threat, particularly at home, but also must be confident in our ability to do what's required. No Fernando Torres? No problem son.

Why: Because a win against a team in fairly egregious form - losers of five of six league matches this season - is essential. Of course, Bolton are hardly as poor as they've shown thus far; among their results have been defeats to both Manchester clubs, Liverpool and Arsenal. Still, we should be doing the business here. Anything less than three points will be a letdown.

Team sheet
Let the rotation continue. Another midweek match means we should see some more interchange in personnel, though not as much as we might expect.

Valencia away was a centerpiece fixture in Group E, meaning Andre Villas-Boas was always likely to field a heavyweight XI. Returning to league play, against whomever, is always a centerpiece fixture, however. With that being said, I would expect the likes of Jose Bosingwa, Ashley Cole, England's Brave John Terry and Ramires to continue in the team despite logging significant minutes in Spain.

Petr Cech is obvious at this point. One would think Frank Lampard would retain his spot in midfield after sending a few shots toward his critics with a fine performance in midweek. John Obi Mikel could also believe he's done enough to warrant successive starts, but it looks unlikely - what with Raul Meireles fully capable of shielding against the likes of a Bolton. Didier Drogba, of course, will spearhead the attack as Fernando Torres begins serving his three-match suspension following that rush of blood against Swansea.

Juan Mata, meanwhile, is an interesting one. The kid has featured in consecutive matches, though he was pulled after 60 minutes in the win against Swansea City. Villas-Boas could opt to rest him, but it's probably safe to say that won't happen. After all, the young Spaniard seems to be becoming the essential cog in our plans. That X factor (no Simon Cowell). What I'm saying is that Mata has nearly become what Jose Mourinho referred to as untouchable in less than two months at the club.  That's pretty damn amazing. 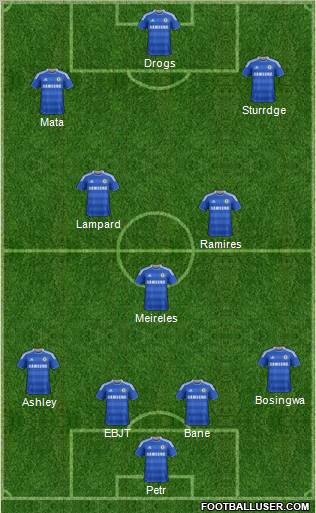 What of Bolton, then? Let's just say it's not good.

We've already mentioned the five successive league defeats. The Trotters have also lost five straight at home and have collected exactly no points from 10 of their past 11 games. We are unbeaten in our last 15 league meetings with Bolton (W12, D3, L0). We've won the last six. At the Reebok, Bolton have lost eight in a row to the Chels. They've scored nil over that stretch.

There's also an injury list. It's quite extensive. Just check out the report card below:

Sidenote: Be sure to check out Lion of Vienna Suite (formerly Bolton Offside) for more match news from a Bolton perspective.

My word. But, you know, despite everything that is going against them right now, Bolton can't be shit forever. Right? We've won just once in our last five league away games so there's something for us to ponder and for them to focus on. Owen Coyle has a real knack for maximizing potential, too, as we well know. We simply can't be overconfident going into this match.

Stat of ze day
It's been 5,088 days since we failed to collect at least a point at the Reebok.

What to expect
A win. Isn't that enough? KBTFFH