Carlo survives the night - what's next?

Share All sharing options for: Carlo survives the night - what's next?

The King is still in charge. Now, moving forward ... 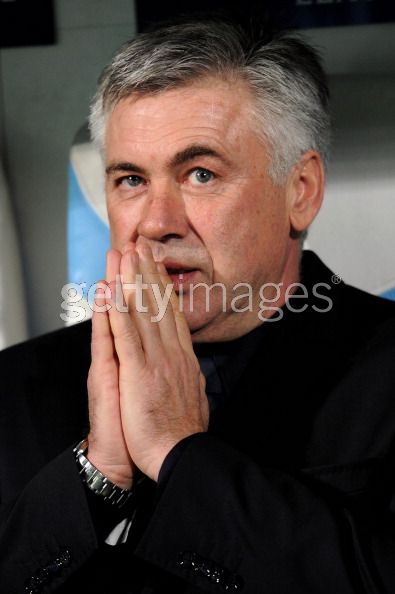 The prayers were answered. That is if Ancelotti actually prayed to keep his job and not the other way around. Now that we are charging ahead, what can this suave Italian do to shake the cobwebs of recent failure and prevent this club from diving deeper into the abyss?

The Guardian is known to throw a small piece up after each round of the Premier League suggesting five things we learned from that week of play. They did the same regarding what Carlo could do to turn things 'round. I agree with some of it, other parts not so much. I figured I'd have a crack at compiling my own quintet of suggestions for el jefe. Here we go.

I. Trust in youth
We all know that much of last season's experienced depth was moved on in the summer to make room for some of our much-ballyhooed youth players, specifically four of them - Gael Kakuta, Josh McEachran, Patrick Van Aanholt and Jeffrey Bruma. Throw Daniel Sturridge in there for good measure. Only problem is that it seems like Carlo doesn't have a lick of faith in them - at least not this season. Well, I may not, either. But, it must be said, there is no reason to ignore them now. What can possibly go wrong? We're already on our worst run of form in 14 years. Our core group is not only out of ideas and short of confidence, but completely knackered.

Could it really have hurt to, at the least, let Josh, Gael and Danny start against Wolves? There's no way we could have possible been worse than we were with a team chock-full of so-called world class players. And even if we were, at least the young kids would have received some valuable experience.

So Carlo, enough is enough. Give these kids a solid run in the team. They may surprise you and, heck, even if they don't, the move might serve to perturb the more accomplished members of the squad that were dropped in the process. We need something to spark them back to life.

II. Be vocal
I've spoke about Carlo's demeanor before. It's perfect for Roman, not for me.  He's far too calm. It almost comes off as lackadaisical at times. In a crisis - which were are in, make no mistake - you need a leader with fire. Mourinho had that zest, that charisma to drag you up from the depths. So did Hiddink. If Ancelotti does, we certainly haven't seen it.

Speaking of fire, we could have used some in the summer. Carlo sat passively and allowed Michael Ballack, amongst others, to waltz off to pastures anew. He continually denied that the squad needed strengthening despite the wealth of departures, when he must've known that was a boldface lie. Is he that passive? Or did he make his worries known to the board and was overruled? Either way, he approach did not impress.

I know Carlo gives a fuck - at least I hope he does, he has begun to look a broken man both on the touchline and in interviews - but he must start showing us. Display some energy during games. Come up with something other than "we are not in a good moment" for interviews. Rattle some cages. Mourinho's passion rubbed off on everyone at the club - players, supporters and the like. Carlo would do well to follow The Special One's example. 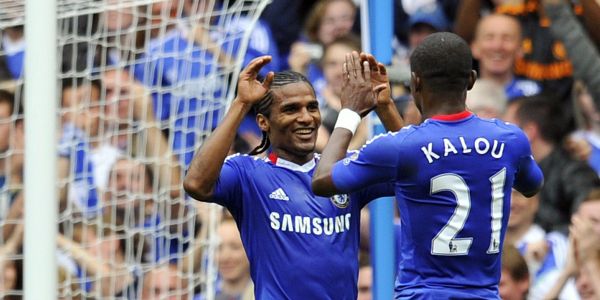 Have a seat, the both of you

III. Instill fear
Some have suggested that our stars have become complacent. I'm not inclined to disagree. It could be the fact that they have been successful in the past, and no longer have the drive to excel. Maybe for some, but others I find that a hard sale. A more likely culprit would be the fact that our threadbare squad means there is no competition for places. No matter your form, you're in so why bother with the effort. Either way, it's time to start making players fear for their place in this team.

Begin by dropping those performing well below standard. That's almost the whole team, I know. How about the woeful, then? Salomon, Nicolas, Michael, Flo - hit the bench. Ancelotti exiled Drogba from the starting XI for the Spurs fixture, and look what happened. The Mighty One responded with a much-improved display compared to his previous outings.

These high-priced prima donnas need a wakeup call. Provide them with one, Carlo.

IV. Switch it up
Ancelotti is a stubborn man. He avoided change at Milan for many a year, remaining largely dependent on a certain core that continued to age until it was too late. He's at risk of doing the same to Chelsea.

While he may not be at fault for relying on our aging core - due to financial restraints - he is partly to blame for the staleness in our play. I mean, we've been producing some real shit football in the past few months.  Isn't in time to experiment with alternative ways of playing the game? Sure, the 4-3-3 has been superb for us for many seasons. It led us to a domestic Double a year ago. But it's been found out, thanks to a combination of players playing terribly and opposition becoming privy to our weaknesses. Furthermore, we have become painfully predictable.

A change tactically could prove a significant step in shaking things up.

V. Challenge the board
Simple. This is obviously along the same lines as being more vocal, but far more important. Our board is full of inept individuals, that much is clear. Gourlay, the business not football man, has been ruthless to a fault. He and his band of gimps have crippled this side over the past few years, leaving us staring at the possibility of missing out on Champions League football for the first time in, well, a while. How's Roman going to react if that happens?

Now's the time for Carlo to speak up. Tell them we need significant investment. Tell them you need a proper assistant and you're picking him. Tell them you need to be given full control of the team and significant control over transfers. If you don't, the club will continue heading down the same wretched path - and you'll be out of a job soon enough (but with a hefty settlement to ease your pain).

That's all for now. I'm sure I missed plenty. Let me know in the comments what else Carlo could do to breathe life back into Chelsea Football Club.