Another must-win. Fancy that. 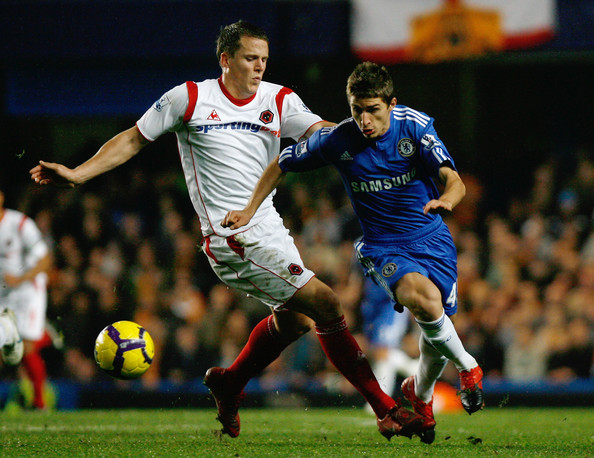 Why: Because I hate to think what might happen should we lose. I think I'll take a pop and say King Carlo will be king no more if we fail to get something from this visit to the Midlands. And, you know what, that's not out of the realm of possibilities. Not hardly.

Wolves sit bottom and are missing their best striker (Kevin Doyle) and defender (Joey Craddock). You'd think this would be the perfect spot for one of those confidence-boosting, goal-plunding type matches for the pride of London. Negative. Confidence is shot, in the team, the staff, the support - everyone. It's sick. Carlo attempted to quell the doubt by stumping for the bold rather than the bland this week, guaranteeing three points: "We will not lose. We will win. I'm confident."

I wish I could share the man's sentiment. We are now nine points astray following United's win Tuesday against Stoke. A repeat league title out of our grasp? As hard as it is to say, it seems likely. More to the point, Wolves may sit bottom but they gave us a right run for the points at Stamford Bridge earlier in the season and have defeated Liverpool at Anfield, something we were unable to do. The loss at West Ham will have stung mightily. Expect a bounce back against us. Great.

As for us, I don't think there's going to be any gray area here. We either galvanize as a team and surge forward - while scoring loads of goals - or continue on as an isolated band of individuals and struggle to get anything out of the match. The excuses are no longer acceptable. We simply have not been of Chelsea standard.

Now, allow me to call out a few individuals. Nicolas Anelka, take a seat.  Your identity crisis is killing the right side of our team. If you play, which I guarantee you will, stop muddling about in midfield, stymieing Ramires' ability to increase his influence on our attack. Florent Malouda, grow up. The self-loathing must stop. You're a good fucking player, start proving it again. Didier Drogba, has malaria in addition to robbing you off your form sapped you of a heart, too? Stop sulking and start pillaging. Michael Essien, or should I saw the artist formerly known as Michael Essien. Bring back the genuine Michael Essien you damn thief.

Team-wise, changes need to be made. Ashley Cole must get a rest or he's liable to not only injure himself but possibly die of extreme exhaustion. Super Frank likely needs a rest as well. Could he possible play another 90 minutes after being out for so long? I'd rather not risk it. So throw young Josh in there; we need some real quality on the ball anyway. Daniel Sturridge deserves a run out from the start, too. It's pretty damn apparent he's unhappy with the lack of opportunities he has received. I'm pretty damn unhappy about that fact. Get him a game before we are forced to sell another promising talent. Bruma showed enough competence against Villa to retain his place alongside England's Brave John Terry. That would allow Bane to move back out on the right, in place of a pair of woeful right-backs.

Of course none of that is likely to happen.

Alright. Enough with the doom and gloom. We're still Chelsea Football Club. We're still loaded with talent. And we're still Premier League champions. Of our last three games, we've thrown away wins in two of them. We do what we need to do in those and we're third right now. We're not that far away. We just need some luck. And some confidence. Come on boys. KTBFFH