Share All sharing options for: Fernando Torres. Chelsea's No. 9

"I felt from last summer that I need to do a step forward in my career and for my ambition as a footballer. I am joining a team that is at the top level, there is not another level after Chelsea." 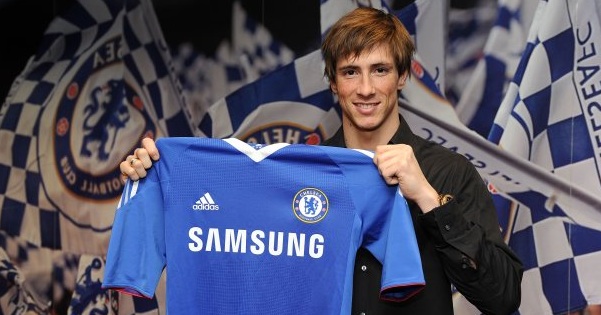 Ladies and gentlemen, Fernando Torres is officially a Chelsea player. Can you believe it? I know I can't. This whole day has been surreal.

Obviously this was the transfer that dominated the day, and it wasn't confirmed until the final minutes of the window. The fee? A British record £50m. The 26-year-old Spanish international agreed a five and a half year deal with the club. Safe to say, that's a long time.

More on Torres later obviously, but I want to hear your immediate thoughts on the signing. How he fits in tactically, bargain or bust, everything. Quality purchase? Just to see the Scouse faces, I say yes. Is the Spaniard the man to help us capture the Champions League? Will he play against Liverpool at the weekend?

Bonus: If you missed it, below is ChelseaTV's exclusive interview with Torres, which took place just a few minutes ago.