The much-maligned other Ivorian spares Chelsea blushes by earning us an undeserved draw at Goodison. As if this threadbare squad needs an added fixture with which to deal. Bummy. 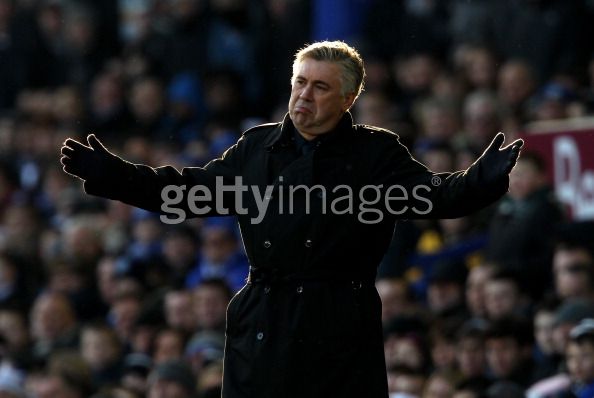 I do have beef, Carlo. With that shit I had to watch yesterday. Bleak stuff from the Chels.

Everton started better. They finished better. They did most of the stuff in between better. Everton were hungrier, more focused, far more threatening and, well, better.

How many chances did we create? Three-ish, I think. Anelka's wasted 1-on-1 in the first half, Kalou's equalizer and Essien's header that drifted just wide in added time. Simply not good enough. Where was the energy and incisiveness that surfaced in the trouncing of Bolton? Is this another case of an aging squad unable to cope with multiple-fixture weeks? It may well be.

Let's talk about Everton for a second. Fair play to Moyes' men, they were excellent. To think, that man has limited resources, was without his best player of the season so far (Cahill) and fielded a team that had won just two of its last six matches in all competitions. Yet there they were, throwing us to the sword. I wonder what Moyes was thinking prior to Saturday's match. Here he is combing Greece for a budget signing while his counterpart on this day, King Carlo, was watching on as his club prepared £100m in bids before the end of the January window. So very interesting.

Anyway, the game. Saha pulled a Torres and banged in another against us early in the second half, his fourth since the FA Cup final in 2009. Cech then saved the tie, denying a diving header from Seamus Coleman. The Everton fullback, who had Ashley working tirelessly all day, followed up the miss and must have thought he was going to deposit second for the hosts. That was until Essien threw himself into the path of the rebound to keep it at 1-0. Massive block.

Moments later we were level. A breakneck counter saw Anelka sweep the ball out wide right for substitute Salomon Kalou, who did what he does in these situations and fire a well-worked strike through Distin's legs and beyond Howard at his far post. It really was a fantastic counter attack, one that, for at least a couple of minutes, served as a hot poker to our collective asses.

We still blew, but Ramires - doing the work of three midfielders in the absence of the other two - slammed a stunning strike against a post from some 20 yards. Then Essien, in the closing seconds, sent a flicked header wide. That was about it from us, though. Pretty substandard.

Not for Everton. They still had a chance to record a deserved win. Bane saw an attempted clearance skew off his boot and right into the path of Jermaine Beckford. Clear on goal, the substitute forward drove a fantastic effort toward goal, one the inspired Cech managed to tip over. And that was that.

The replay is scheduled for Feb. 19, five days after traveling to Fulham and three before the opening leg of our CL tie with Copenhagen (away). Great. I'm not complaining, though, a third consecutive FA Cup is still in the cards.

The Rundown
With the quickness
• Ramires. The kid was phenomenal Saturday.
• Cech. Surely our player of the season, no?
• How good is our away support? They continue to amaze. The handball adaptations were absolutely brilliant, and the Torres chants? Nothing need be said.
• This is going to be a long 24 hours.
• Don Draper. Dude should replace Gourlay as our Chief Executive. 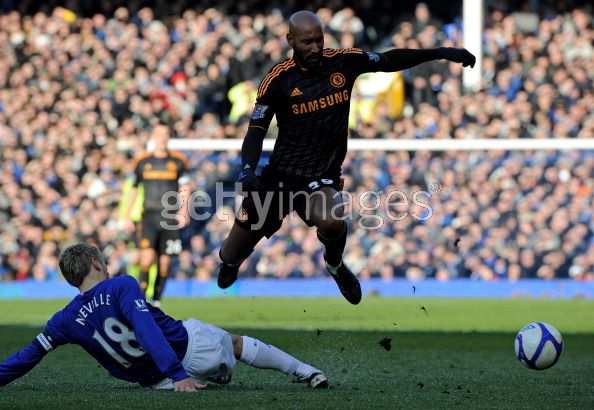