A repeat of the 2009 season finale, then. The bid, not for Fernando Torres, but for a third consecutive and fourth FA Cup in five years continues at Goodison Park against Everton. 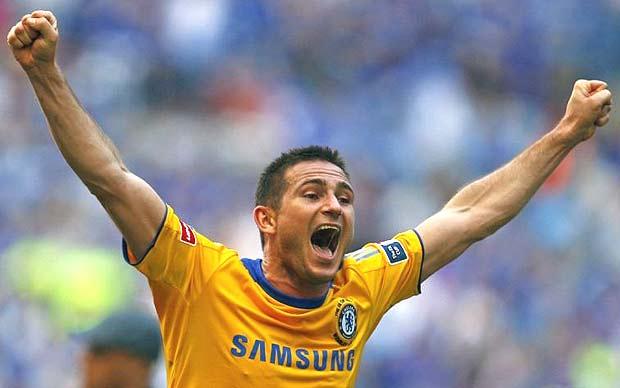 Will this man be fit?

Why: Well, like I said prior to our tie with Ipswich, this competition, right now, represents our best opportunity for a trophy this season. Sure, our 4-0 win over Bolton on Monday aided in exorcising a few demons. But we still have yet to return to our barnstorming best. An impressive victory at Everton would be further evidence of a CFC renaissance. Another Drogba pillaging? Even better. The 'moment is good' according to Carlo. I hope he's right.

The status of Frank Lampard (calf strain) remains unknown. I would gauge the midfielder will not be tested this weekend. A place on the bench would be a best-case scenario for me. The rest of the usuals are good to go as far as we know. Carlo mentioned in the pre-match presser that he'll field the strongest team possible - as usual - and with Gael and PVA heading out on loan earlier in the week, I don't think he has much of an option. There better be reinforcements on the way or we have substantially weakened an already weak side.

Moving on to Everton. They are still without Tim Cahill, the Australian prepping for an Asian Cup final against Japan. Victor Anichebe appears to be the lone injury doubt, though Phil Jagielka is only just back from a groin problem. Expect a proper side from David Moyes, one that will no doubt give us a handful of problems - as it has done in recent years. Fucking Fellaini, man.

The Toffees are unbeaten in three league meetings with us. The last time we actually defeated Everton was that FA Cup Final two years ago (thank you SFL). This will be the ninth meeting between the two clubs in the Cup, of which we have won six. Word.