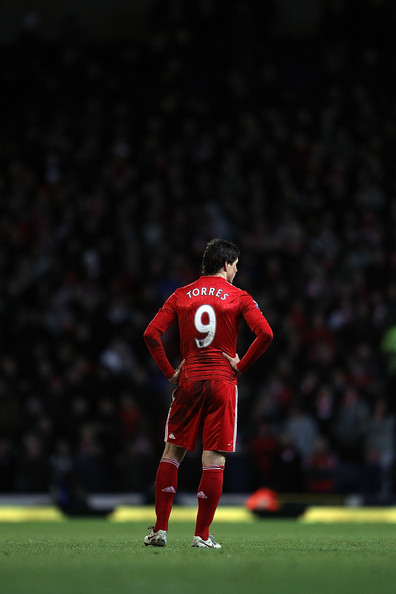 Roman Abramovich must love Fernando Torres. Mancrush-style. Or he really, really enjoys pissing off Liverpool, supporters and all.

Romes has once again sanctioned a bid for the petulant one. No joke. The slew of media reports which have surfaced inside the last 30-odd minutes suggest the bid, swifted rejected by Liverpool, was between £35-40 million.

A Liverpool spokesman apparently said: "Chelsea have made an offer for Fernando, which has been rejected. The player is not for sale."

No shit. Of course they don't want to sell.

I'm not sure what to make of this. It's come out of the blue. And, really, who on earth thinks £35m is going to be enough to tempt Liverpool to wave bye-bye to their finest player? Then again, who knows what's going on in the head of Torres? He's cut a detached figure at times this season, though recently, under Dalglish, he's begun to rekindle the flame.

Is he worth £30m much less £50? Not for me. There's not doubting the skill of the player, just the fitness and commitment. He hasn't been El Niño in over a year. At 26, he has time to return to the forefront but I just think there are better options available - same as Luiz.

Still, if Roman is indeed genuine in his pursuit - rather than this simply being an attempt to appease us the fans by pseudo-showing his commitment - then I applaud the move. We need to restore our intent on the world level, and it starts with rebuilding this squad. I guess we'll know more about the club's intent here if a renewed bid is made. Stay tuned.